Azerbaijan troops have an operational advantage along the entire front 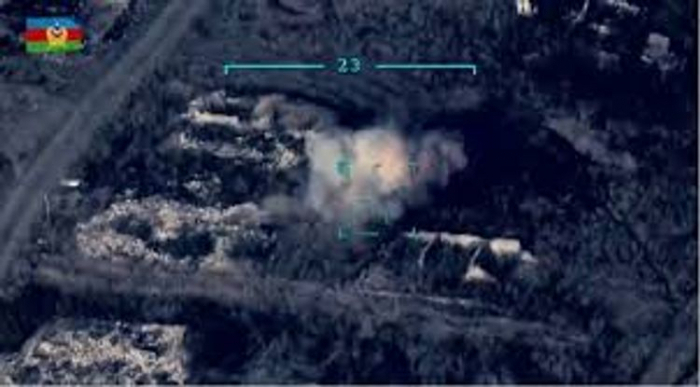 During the night from October 11 to 12, the situation along the entire front remained tense. Armenian armed forces, which did not comply with the humanitarian truce, repeatedly tried to attack the positions of the Azerbaijan Army in small groups in the direction of Aghdere-Aghdam and Fizuli-Jabrayil in order to regain lost positions.

As a result of the combat, activities carried out, a large number of enemy forces, as well as three BM-21 "Grad" MLRS, one T-72 tank, several vehicles, were destroyed and wrecked in different directions of the front. According to the information received, during the combat operations, the chief of artillery of the 9th regiment of the Armenian armed forces withdrew from the direction of the settlement of Hadrut, and the 5th battalion of the regiment left their equipment at the battle positions and fled.

In addition, the military personnel of the 5th and 522nd regiments withdrew leaving their auto and armored vehicles behind. As a result of an artillery strike in the direction of the Girmizi Bazaar, an underground shelter and two vehicles of the retreating enemy unit were destroyed at the place of permanent deployment of the 1st regiment.

According to the report, the battalion commander of the 246th regiment, Lieutenant Colonel Arthur Grigoryan, was among those killed in the enemy army, which suffered heavy casualties. The units opened fire on each other due to disrupted communication and interaction between the retreating units of the 1st Regiment of the Armenian armed forces in the area of defense responsibility. The military personnel of the anti-tank and other units also left the battle positions. At present, our troops have an operational advantage along the entire front.