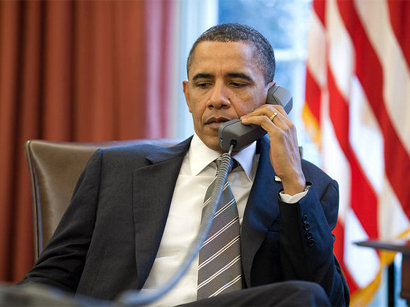 US President Barack Obama called German Chancellor Angela Merkel on Thursday to discuss the situation in Syria.
A White House spokesman confirmed to dpa that the call had taken place, but provided no further details. The conversation was one of a series of consultations between the United States and European leaders.

Merkel also spoke with Russian President Vladimir Putin on the situation in Syria. Merkel called on Russia and China to align their positions on Syria with the other UN Security Council permanent members.