TANAP named Project of the Year 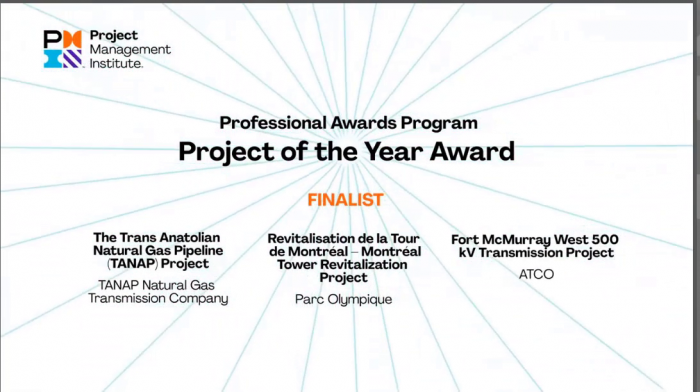 The Trans Anatolian Natural Gas Pipeline (TANAP), the longest part of the Southern Gas Corridor project, which envisages transportation of Azerbaijani gas to Europe, has been awarded by the US-based Project Management Institute, according to Azerbaijan’s state oil company SOCAR.

TANAP received the Project of the Year Award from the PMI.

The PMI Project of the Year Award recognizes large and complex projects that best deliver:

TANAP project envisages transportation of gas from Stage 2 of Azerbaijan’s Shah Deniz field from Georgian-Turkish border to Turkey’s western border. The total cost of TANAP turned out to be lower than $7 billion. 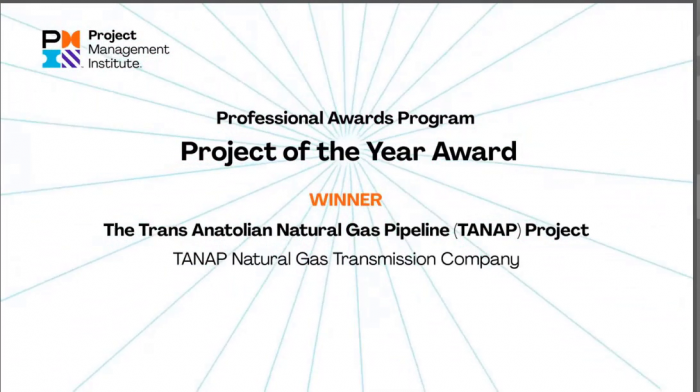