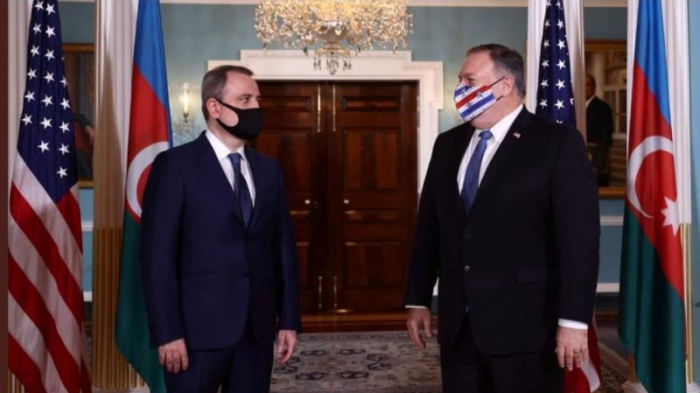 While the argument that a democratic deficit easily fits into the media’s already existent pro-Armenian narrative, the reality could not be further from the truth.

Since the recent escalation in the Nagorno-Karabakh region, certain experts and members of global media have pinpointed the lack of democracy to be a major factor in the Armenia-Azerbaijani conflict. While the argument that a democratic deficit easily fits into the media’s already existent pro-Armenian narrative, the reality could not be further from the truth.

Firstly, the conflict's history shows that a lack of democracy is irrelevant to the war. To comprehend the origins of the conflict, one can go as far as to the nineteenth-century Russian Empire (when imperial borders shifted the Caucasus' demographic balance). This reveals that the conflict’s roots can be traced back to the legacy of the Russian Empire and Soviet Union, not to the independence of Armenia and Azerbaijan. The incumbent leaders’ lack of responsibility for the origins and ignition of the conflict, does not hold with the democracy deficit argument laid by some experts.

Apart from history, the nature of the dispute is also not based on a democratic deficit (or religion as some like to claim). Rather, the dispute is grounded in Armenian territorial claims that revolve around the concept of “miatsum,” meaning unification of the Azerbaijani territory of Nagorno-Karabakh with Armenia. The two nations peacefully co-existed before the rise of Armenian nationalism; the first expulsion of Azerbaijanis by Armenian extremists started in the fall of 1987 from the district of Kapan, long before the Sumgait events of 1988.

Identifying the conflict as the result of a democracy problem also implies that in the event of a more democratic state, the West would be more sympathetic to the Azerbaijani position. The events of 1992, more specifically the adopted Article 907 of the "Freedom Support Act" (banning U.S. aid to Azerbaijan) implemented during the presidency of the pro-western Abulfaz Elchibay, debunk these claims. All leaders of Azerbaijan have become victims of Western villainization, regardless of their politics.

Another important factor is the current political situation in Azerbaijan, where all political forces, be it governmental or opposition, are united behind the military operations in hopes of finally restoring the country's territorial integrity and bringing back internally displaced persons and refugees to their homes. The rally in Baku on July 14 also proved that it is not only political entities but the public as well which is demanding the liberation of the occupied territories of Azerbaijan. The entire nation, not a lone part of it, accepts the official position.

Moving on to the situation in Armenia, it should be stated that although the government had suffered from autocracy and corruption all these years, they still got to enjoy a permissive international environment. Even today, Armenia is still violating international law and not abiding by UNSC resolutions 822, 853, 874, 884, yet Yerevan does not get met with a substantial amount of disapproval from the international community. This again shows that the international community’s true concerns are not focused on the presence or absence of democracy.

It is also essential to decode current Armenian prime minister Nikol Pashinyan’s vision of “democracy.” The fact that Pashinyan’s version of regional “democracy” can only be extended to Armenian nationals, with Azerbaijanis ethnically cleansed from both Armenia and the occupied territories of Azerbaijan, makes such a vision more resemblant of white supremacist ideology rather than democracy.

Last but not least, the argument that the Armenia-Azerbaijani conflict is caused by a democracy problem also implies that were there no democracy deficit, the problem would have been solved. However, such a hypothesis does not hold once we take into account the current ethno-territorial conflicts within Western democracies such as Quebec in Canada, Scotland in the United Kingdom, Catalonia in Spain, as well as Flanders in Belgium. The existence of advanced democracy simply does not solve or prevent these conflicts from happening in their regions.

When assessing some policies implemented in Western democracies, it becomes clear that those countries themselves have resorted to the use of force in certain instances, even on foreign soil and sometimes without proper authorization from the UN Security Council as required by international law. Azerbaijan, on the other hand, has patiently waited for peaceful negotiations for almost thirty years and now is practicing its legal right of self-defense under Article 51 of the UN Charter.

The current position taken by the global media experts exposes the biases within Western media outlets when it comes to discussing the Armenia-Azerbaijani conflict and its causes. It is worth remembering that in the past, redrawing borders have caused two global wars in Europe. The formula for a durable peace can be based on territorial integrity and minority rights, both principles that Azerbaijan relies on and offers.

Farid Shafiyev is Chairman of the Center of Analysis of International Relations.