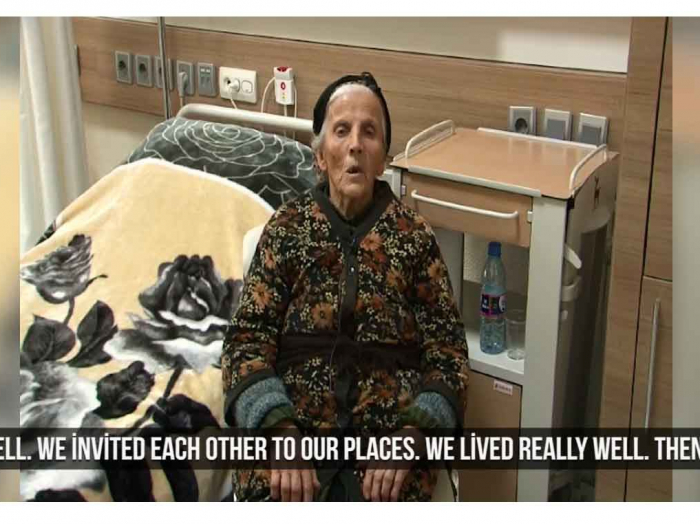 "When the war broke out, Armenian soldiers abandoned us. Thankfully, Azerbaijani soldiers rescued us and brought us to Baku. I am currently being treated in a hospital in Baku. We are treated well here. I believe that both peoples can live peacefully in Nagorno-Karabakh," 85 year old Babayan Yevgeniya Pavlovna, who was abandoned Armenian servicemen in Hadrut said, AzVision.az reports.

Note that Hadrut residents Babayan Yevgeniya Pavlovna, born in 1935, and Melkumyan Misha Merlandovich, born in 1935, who were left by the Armenian servicemen were rescued by Azerbaijani soldiers.