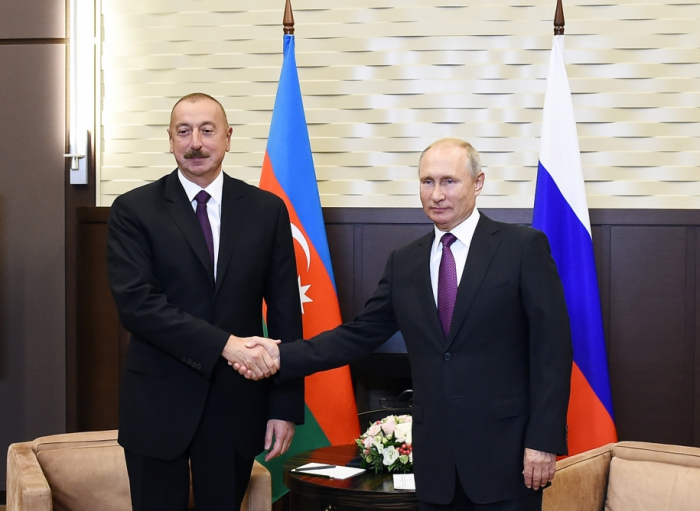 Earlier, Putin told Valdai Discussion Club on October 22 that no one is interested more in settlement in Nagorno-Karabakh than Russia. According to him, he is in very close contact with Pashinyan and Aliyev and talks with them on the phone "a couple times a day".

Renewed clashes between Azerbaijan and Armenia erupted on September 27, with intense battles raging in the region of Nagorno-Karabakh. The area experienced flare-ups of violence in the summer of 2014, in April 2016 and this past July. Azerbaijan and Armenia have imposed martial law and launched mobilization efforts. Both parties to the conflict have reported casualties, among them civilians. Baku and Yerevan have reached three ceasefire agreements so far but each one of them failed almost immediately as both sides started reporting violations.

The conflict between Armenia and Azerbaijan over the highland region of Nagorno-Karabakh, a territory that had been part of Azerbaijan before the Soviet Union break-up, but primarily populated by ethnic Armenians, broke out in February 1988 after the Nagorno-Karabakh Autonomous Region announced its withdrawal from the Azerbaijan Soviet Socialist Republic. In 1992-1994, tensions boiled over and exploded into large-scale military action for control over the enclave and seven adjacent territories after Azerbaijan lost control of them. Talks on the Nagorno-Karabakh settlement have been ongoing since 1992 under the OSCE Minsk Group, led by its three co-chairs - Russia, France and the United States.