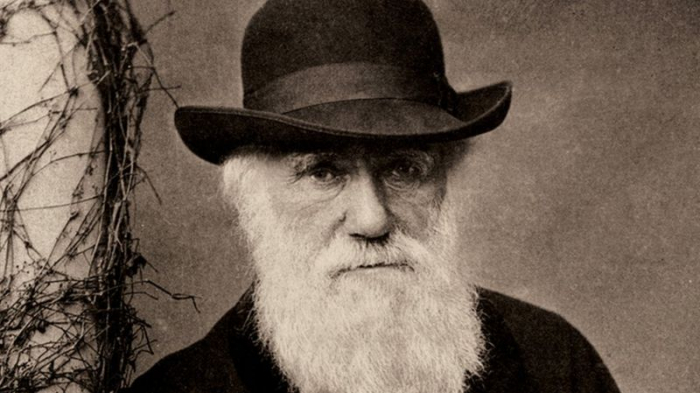 Cambridge University Library has announced that two notebooks written by Charles Darwin, worth many millions of pounds, have been missing for 20 years, BBC reported.

One of them contains the 19th Century scientist's famous Tree of Life sketch, exploring the evolutionary relationship between species.

Following an "extensive search", curators have now concluded they have probably been stolen.

They are launching a public appeal for help in trying to find them.

"This is heartbreaking," Dr Jessica Gardner, the university's librarian, tells the BBC. "We will leave no stone unturned," in trying to discover what has happened, she adds.

The notebooks were last seen in November 2000 after "an internal request" to remove them from a special manuscripts storeroom to be photographed.

They were taken to a temporary studio, which at the time was in a temporary building in the grounds of the university library because building work was taking place.

It was only during "a routine check" two months later that it was discovered they were missing.

"We know they were photographed in November," says Dr Gardner. "But we do not know what happened between then and the time in January 2001, when it was determined they were not in their proper place on the shelves.

"And I'm afraid there isn't anything on the remaining record which tells us anything more."

Initially, librarians thought they might have been put back in the wrong place. "My predecessors genuinely believed they had been misfiled and they would find them," adds Dr Gardner, who became director of library services in 2017.

There were a number of "intense" searches over the years. They all drew a blank.

Perhaps it is not that surprising given the size of the library. It is vast, containing more than 200km of shelving, roughly the distance from Cambridge to Southampton by road. It is home to more than 10 million maps and manuscripts and other objects.

At the beginning of this year, Dr Gardner arranged a new search. Specialist staff combed through specific zones of the library's storage facilities. They conducted a "fingertip" check through 189 boxes which contain Darwin's books, drawings and letters. But still no notebooks.

A new approach was needed, according to Dr Gardner. She says she was "not willing to accept" the notebooks would just "turn up".

So she and her team "completely reviewed what happened at the time and critically we took a big step back from what had become a common understanding that they had been mis-shelved.

"Reluctantly I have decided that was not the right conclusion."

Instead, she believes: "These notebooks have probably been stolen."

Theft, she says, "should be ruled in as a possibility from the start and that wasn't".

Security procedures, she explains, have been "revised and reviewed" and "tightened" over the last two decades.

"Now if anything of this scale and significance was not found we would be going to the police."

Cambridgeshire Police have now been informed and the disappearance of the notebooks has been recorded on the national Art Loss Register for missing cultural artefacts. The police have also added the missing notebooks to Interpol's database of stolen artworks. 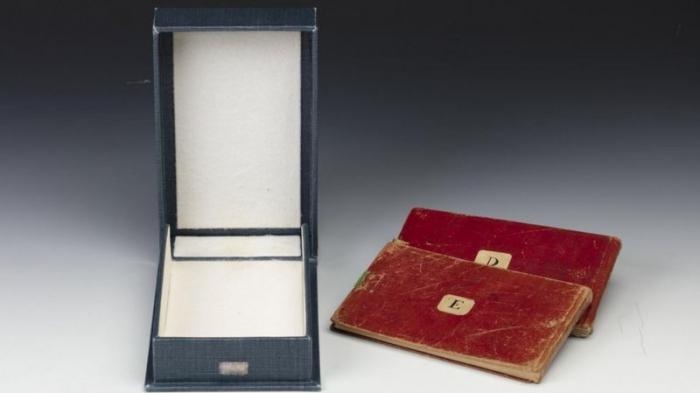 Cambridge University Library have appealed for the notebooks to be returned. COPYRIGHT: CAMBRIDGE UNIVERSITY LIBRARY

In July 1837, Charles Darwin was a young man of 28. At his home in London, he wrote at the top of the page of one of his red leather notebooks, "I think". Then he drew a spindly sketch of a tree.

He had recently returned from the Galapagos Islands aboard HMS Beagle and was working through scientific ideas inspired by his trip.

"These notebooks really are Darwin's attempt to pose to himself the question about where do species come from, what is the origin of species?" explains Jim Secord, emeritus professor of history and philosophy of science at Cambridge University.

More than 20 years later, on 24 November 1859, Darwin published a more fully developed tree of life in On the Origin of Species.

"It's almost like being inside Darwin's head when you're looking at these notebooks," says Professor Secord. "They're jottings of all sorts of information that he's writing down.

"You have the sense of him working through these ideas at great speed and that kind of intellectual energy which I think the notebooks really convey.

"I'm a fan of James Joyce and it's always struck me that it's a bit like Leopold Bloom on steroids. You just get the sense of scientific imagination running really deep."

Although the notebooks have been digitised, Professor Secord says the scans can never replace the real thing.

"To have such an iconic object go missing is really a tragedy."

The notebooks themselves are small, no bigger than a postcard. They were kept in a bespoke blue box, about the size of a paperback.

It is still possible the notebooks might be found. "We won't stop looking," says Dr Gardner. But it will take another five years to complete a full search of the remaining shelves and storage rooms.

In the meantime, the library is asking the public for help.

"There are good examples where things have been found, thanks to the help of the public," says Dr Gardner.

"So I would really appeal to members of the public, former staff, researchers, anyone who might have information which would shed light.

But Dr Gardner is reluctant to speculate where the notebooks might be.

"It's possible they are under a bed, that's the best case scenario, someone has found they can't sell them or they're just holding on to them," she says.

"This is the time to just safely, even anonymously, get in touch.

"It's those new leads we're looking for, with the help of the police, in order to help recover these for the nation."