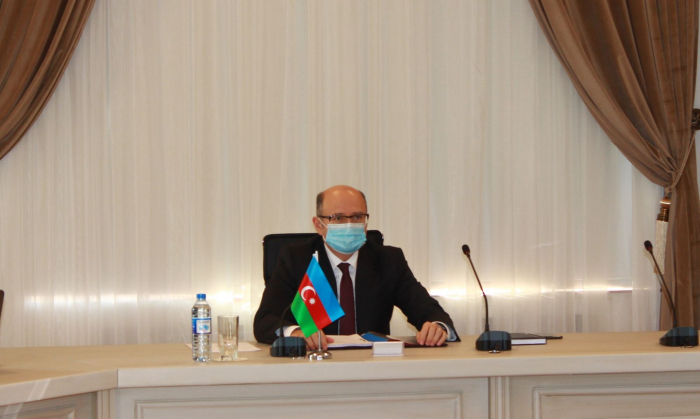 Welcoming the signing of the trilateral declaration to end the Armenia-Azerbaijan Nagorno-Karabakh conflict, Massari expressed the interest of Italian companies working in the field of construction, in carrying out restoration work in the Azerbaijani territories liberated from occupation.

The sides stressed that the relations between Azerbaijan and Italy are successfully developing in many sectors of the economy while cooperation in the energy sector plays an important role in long-term cooperation.

The importance of the Trans-Adriatic project, which is an important element of this cooperation, for Italian and other European consumers, was stressed.

The sides exchanged the views on cooperation between the two countries in other spheres, investment opportunities in the energy sector, the participation of Italian companies in the projects in various fields, the development of traditional and renewable energy sources, as well as the opportunities for Italian companies to expand their activity as investors in Azerbaijan.

The preparation for the next meeting of the Intergovernmental Commission on Economic Cooperation between Azerbaijan and Italy, the issues arising from the documents on cooperation signed between various structures of the two countries were also discussed.