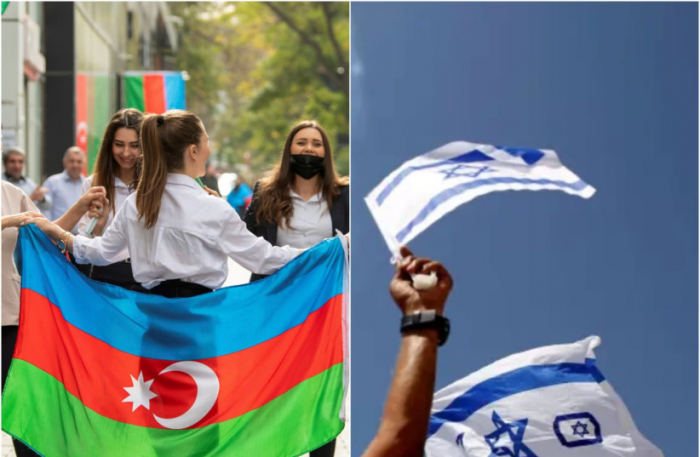 Azerbaijan’s recent war against Armenian fighters in Nagorno-Karabkah, an area that Azerbaijan claims, has led to a major victory by Baku and celebrations have gone on for days. Numerous social media users have posted photos of Israeli flags among the sea of Azerbaijan and Turkish flags, author wrote.

Turkey supported Baku’s war effort and Azerbaijan has purchased drones and munitions from Israel over the years, and is seen as a strategic partner. This means that the relationship could now grow.

When the war broke out in late September, it came after months of tension going back to July, and also to 2016 when there was brief fighting. Baku has sought to rapidly increase its capabilities in the last decades, improving its army and seeking to use modern drones or UAVs as a kind of instant air force, to take out enemy tanks and artillery. This unfolded in such a way that Baku made slow progress on the ground for the first month, but then hammered Armenia’s armored units.

In the 1990s, Armenia captures the Nagono Karabkh region and  declared its so-called" independence, it was similar like the other small states that were not recognized by anyone. Various international efforts tried to solve the conflict but it went unresolved,  Frantzman noted.

The war this time was a major setback for Armenia. In the first week of November, Armenian forces suffered serious loses.

The question now emerges whether this will strengthen Baku’s relations with Jerusalem. Israel and Azerbaijan share several interests, one of which is energy trade and defense trade. Together, these are relationships based on numerous layers, one of which is coexistence and tolerance. Israel has much to offer Baku in the way of technology and cooperation. The waving of Israeli flags in Baku is an illustration of Azerbaijan’s openness to Israel. There have also been pro-Azeri rallies in Israel ,said Israeli expert.