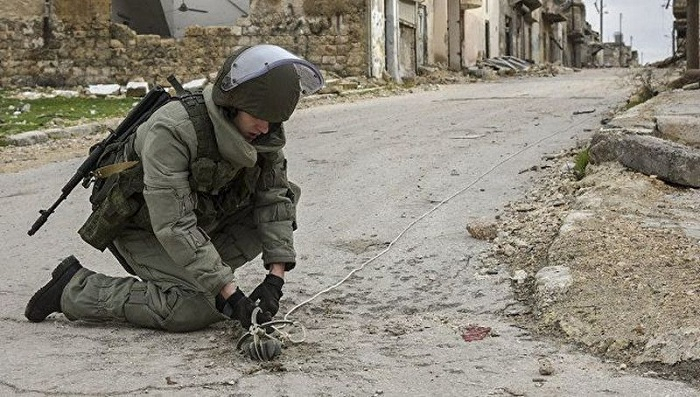 Troops of Russia’s peacekeeping contingent have cleared of mines nearly 10 km of roads and defused some 1,000 explosives in the Lachin corridor in Nagorno-Karabakh, the Russian Defense Ministry said on Tuesday.

"Russia’s peacekeepers have defused explosives in the area in the Lachin corridor and ensured safe work of repair crews on restoring a high-voltage power line destroyed during the combat actions," the ministry said.

During the peacekeeping operation in Nagorno-Karabakh engineer units cleared more than 29 hectares of land and some 10 km of roads, inspected over 100 houses and vital social facilities and discovered and defused some 1,000 explosives, according to the statement.

All explosives and munitions, which did not explode, are taken to a specially equipped firing range to be destroyed. Sappers explode munitions on the scene if it is unsafe to evacuate them.