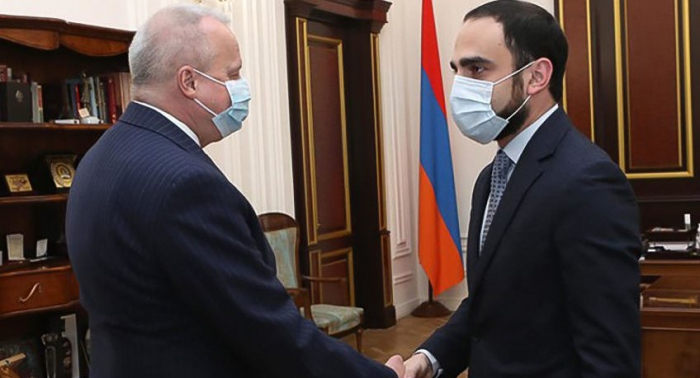 For exchange of captives, Armenia offers to apply “all for all” principle, Armenia’s deputy Prime Minister Tigran Avinyan said in his meeting with Russia’s ambassador to Armenia Sergey Kopirkin, AzVision.az reports citing the Armenian media.

Besides, it offers to create a mechanism according to which in case of having captives in future the both sides should immediately and without pre-conditions return them.

The ambassador in his turn noted that the issues of captives, missing and finding bodies of killed are in the focus of Russia’s highest leadership.

Note, Azerbaijan offered exchange of captives based on a "all for all" principle. This proposal has been repeatedly voiced since the beginning of the war. Although it was supported by the Minsk Group co-chairs, Yerevan rejected it.