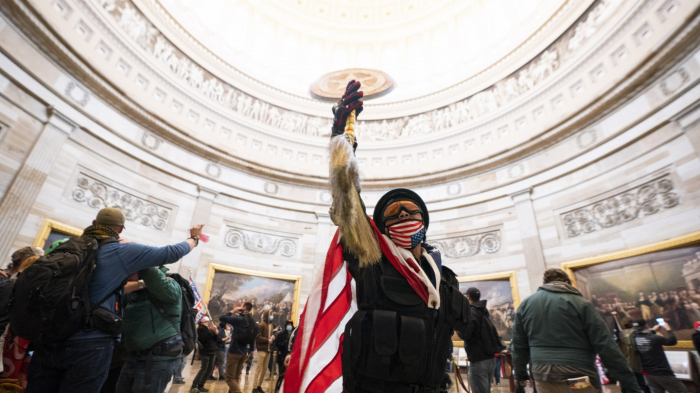 President Vladimir Putin made no statement on the unprecedented chaos in the United States when he spoke briefly with journalists after attending an Orthodox Christmas service, while Russia's Foreign Ministry said the U.S electoral process is archaic and prone to violations, the Moscow Times reported.

A rampaging mob of Trump supporters on Wednesday stormed a session of Congress being held to certify Joe Biden's election win, triggering violence and accusations the president was attempting a coup.

“The events in Washington show that the U.S. electoral process is archaic, does not meet modern standards and is prone to violations,” the Foreign Ministry said in a statement published by the state-run RIA Novosti news agency.

“We wish that the friendly American people will survive this dramatic moment in their own history with dignity.”

Other world leaders expressed shock and outrage at the events, with French President Emmanuel Macron saying “What happened today in Washington is not American,” and British Prime Minister Boris Johnson condemning the “disgraceful scenes.”