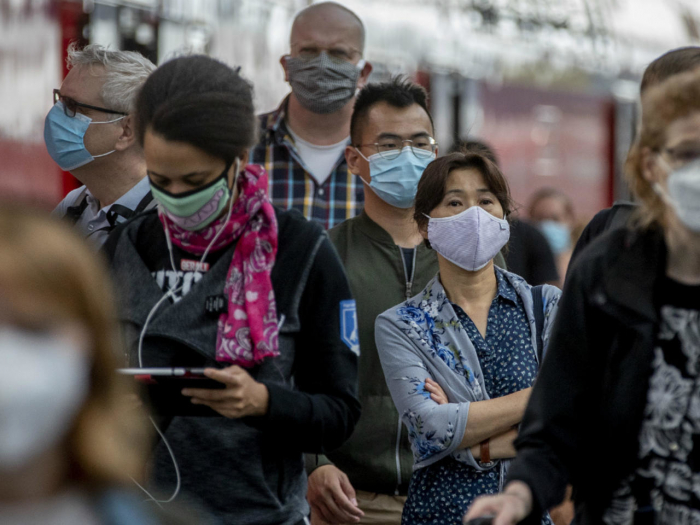 Coronavirus cases in Europe surpassed 25 million on Thursday, according to a Reuters tally, with several countries reinstating or extending lockdowns as a resurgence in the pandemic threatens to overwhelm health services, Reuters report.

Europe has recorded at least 25,016,506 cases and 559,863 deaths since the start of the pandemic, recently reporting over a million new cases about every four days.

With just a tenth of the world’s population, Europe remains the worst-affected region, with nearly 30% of global cases and deaths.

British Prime Minister Boris Johnson announced a strict new national lockdown on Tuesday, warning that a coronavirus variant first identified in the country was spreading so rapidly it risked overwhelming the healthcare system within 21 days.

“It’s clear that we need to do more together to bring this new variant under control while our vaccines are rolled out,” Johnson said in an address to the nation as he announced the lockdown will last at least six weeks.

Germany, which is currently reporting the highest daily deaths in the region, with more than 600 deaths daily on a weekly average, extended its nationwide lockdown until the end of January.

In Italy, restrictions imposed over the Christmas break were extended until Jan. 15, while in Greece the government imposed a strict lockdown from Jan. 3 to Jan. 11.

The fresh outbreaks have prompted debates over how to roll-out vaccines across the region, with some countries considering joining Britain in vaccinating as many people as possible with a single dose.

Countries in eastern Europe remain the worst affected by the virus, accounting for more than 30% of the region’s case load, according to a Reuters analysis.

Russia, which was the first European country to report more than 3 million cases last month, ranks behind only India and Brazil as the most affected countries in the world.

Slovakia has seen record numbers of new cases and hospitalizations in recent days, with more than 2,900 cases recorded on Tuesday.