Trump pressured Pence to set up a coup, then put the VP in danger 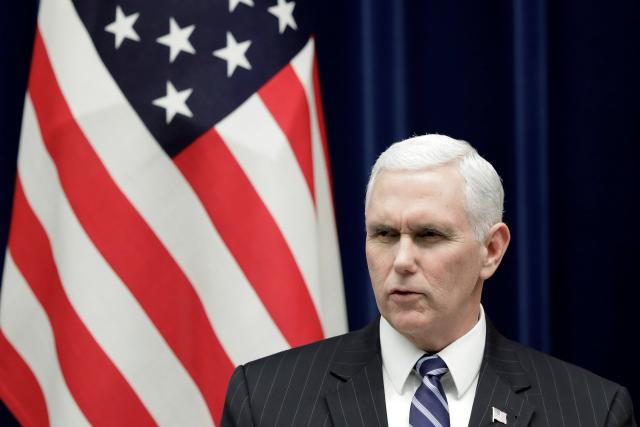 President Donald Trump and top White House officials did little to check in on Vice President Mike Pence while he and members of his family were inside the US Capitol when Trump-backed rioters stormed the halls of Congress on Wednesday, a source close to the vice president tells CNN.

Pence was joined by his wife Karen Pence, daughter Charlotte and brother, Rep. Greg Pence, R-Indiana, for the ceremonial counting of the electoral votes in Congress Wednesday. Several of the violent Trump supporters who were rampaging the US Capitol were heard screaming "where's Mike Pence," the source said, frightening the vice president and his family.

Yet, the President and his top aides barely lifted a finger to check in on Pence to make sure he and his family were unharmed, the source added.

"Was he concerned at all that an angry mob that he commanded to march on the Capitol might injure the vice president or his family?" the source asked.

Trump's presidency ends with American carnage
The White House did not respond on the record to a CNN request for comment.

People close to the vice president now believe he is being set up as a "scapegoat" to shoulder the blame inside Trump-world after Pence refused to buckle to the President's demands to engineer a procedural coup that would keep Trump in power.

On Tuesday, Pence came under intense pressure from Trump to toss out the election results during a meeting that lasted hours in the Oval Office. The vice president's chief of staff, Marc Short, was banned by Trump from entering the West Wing, the source said, as the President repeatedly warned with "thinly veiled threats" to Pence that he would suffer major political consequences if he refused to cooperate.

"The message was pretty clear," the source said.

The events Wednesday have left some aides to the vice president feeling Pence was betrayed by Trump as well as White House chief of staff Mark Meadows and the President's personal attorney Rudy Giuliani.

"Rudy, Meadows and their teams have been trying to set up the vice president to take the fall as opposed to admitting they laid out false hope in all of this," the source said.

On Thursday, Charlotte Pence Bond, the vice president's daughter who had been at the US Capitol with him, tweeted her congratulations to President-elect Joe Biden and Vice President-elect Kamala Harris.