Afghanistan investigating if its air stirkes against Taliban killed civilians 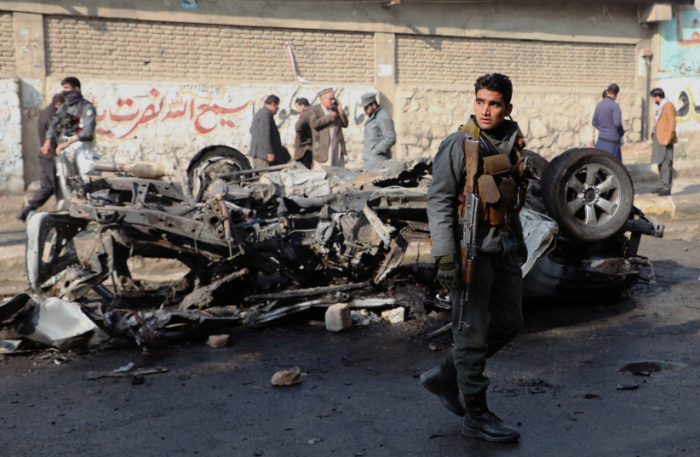 The Afghan government is investigating an air strike by its military in the southern province of Nimroz that local officials say resulted in the deaths of 14 civilians, as local residents brought their bodies to the provincial capital in protest, Reuters reported.

Government officials confirmed the Saturday night strike, but said on Sunday that initial information showed the deaths were all of Taliban insurgents fighting Afghan security forces.

The clashes came just as representatives of the Afghan government and the Taliban kicked off the second round of peace talks in the Qatari capital Doha on Saturday.

“An air strike in Khashrod district has resulted in heavy casualties for the Taliban, and investigations into allegations that civilians have been killed are ongoing,” the Afghan Ministry of Defence said in a statement on Sunday.

A local government official told Reuters, on condition of anonymity, that the Afghan air force targeted a residential house where it suspected Taliban were present.

The official said the 14 killed were all from one family.

Local residents told Reuters by phone that people from the area where the strike took place had brought the bodies to the centre of Nimroz’s capital, Zaranj, to prove that the deceased were not Taliban fighters.

Taliban spokesman Qari Muhammad Yousuf Ahmadi also denied those killed were its own combatants, saying they were civilians, all members of one family, and included women and children.

Continued violence has hastened international calls for a ceasefire between the Afghan government and the Taliban, whose representatives met on Saturday for a first session in a second round of peace talks, where contentious issues such as a ceasefire and power-sharing are expected to be discussed.

Both sides, in separate statements on Saturday, said they discussed the agenda and that the meeting took place in a positive and amicable atmosphere.