US plans to designate Houthi rebels as terrorist group 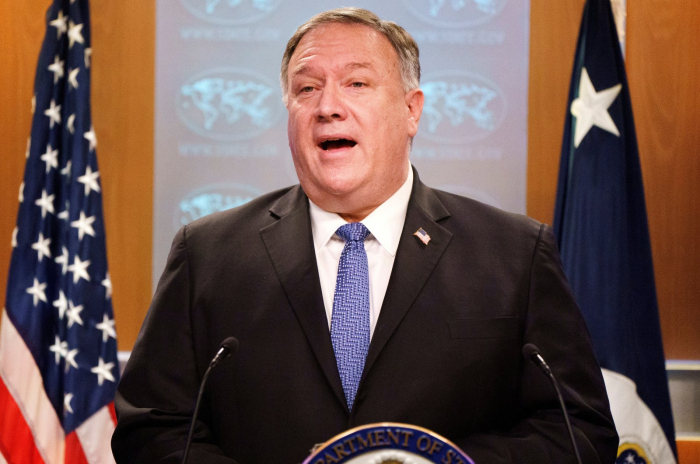 With just 10 days left before President-elect Joe Biden takes office, the action could complicate the new administration's efforts to restart diplomacy with Iran, which has ties to the Huthis, and to reassess the US relationship with Saudi Arabia, which has led a brutal offensive in Yemen.

"The designations are intended to hold Ansar Allah accountable for its terrorist acts, including cross-border attacks threatening civilian populations, infrastructure and commercial shipping," Pompeo said in a statement, using the official name of the Huthi movement.

It has led a brutal campaign that has "killed many people, continues to destabilize the region and denies Yemenis a peaceful solution to the conflict in their country," he added.

Pompeo pointed to a December 30 attack on an airport in Yemen's second city Aden, which killed 26 people and was blamed by the Saudi-backed government on the Huthis.

The rebel group controls much of Yemen and is already under US sanctions.

But a designation as a terrorist group is expected to scare away outside actors from many transactions with Huthi authorities, including bank transfers and buying food and fuel.

Aid groups as well as members of Biden's Democratic Party have warned that the move will severely impede efforts to address what the United Nations calls the world's largest humanitarian crisis.

Pompeo insisted that the designations -- which will come into effect a day before Biden takes office on January 19 -- will not impact relief work.

"We are planning to put in place measures to reduce their impact on certain humanitarian activity and imports into Yemen," Pompeo said.

"We have expressed our readiness to work with relevant officials at the United Nations, with international and non-governmental organizations and other international donors to address these implications."


More about: US   Pompeo