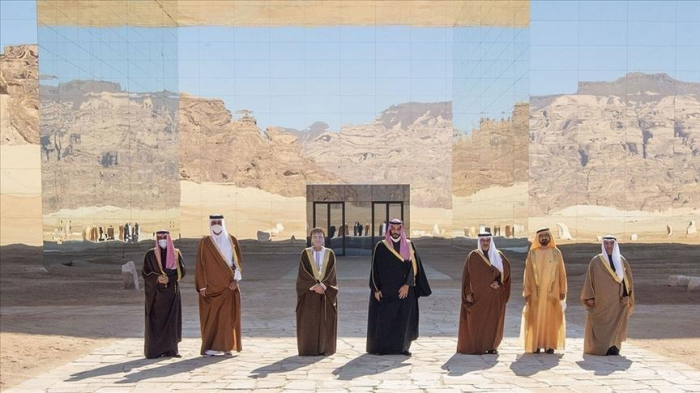 One week after the announcement of a deal to heal the Gulf rift, Qatar and the Arab Quartet countries have taken five steps towards building confidence to resolve more than three years of their dispute, Anadolu Agency reports.

On Jan, 5, the 41st Gulf Cooperation Council (GCC) summit was held in Al-Ula city, in northwestern Saudi Arabia, in the presence of the Emir of Qatar, Sheikh Tamim bin Hamad Al Thani, who participated for the first time since the Gulf crisis began in June 2017.

The summit was held one day after Kuwait announced that Saudi Arabia and Qatar reached an agreement to reopen airspace and land and sea borders between the two countries, in addition to addressing the repercussions of the Gulf crisis.

Egypt, Saudi Arabia, Bahrain and the UAE on one side, and Qatar signed the Al-Ula statement, which was issued by the 41st Gulf summit, and its preamble stated that it was an affirmation of strengthening the Gulf cohesion, without mentioning measures or steps.

Saudi Arabia, the UAE and Qatar took that step, as the three countries resumed direct flights and officially announced the opening of all land, sea and air ports between them.

Bahrain announced on Monday that it will invite Qatar to start bilateral talks on what it called "pending issues", in a step that is considered the first for Manama to activate the Gulf reconciliation declaration.

Khalid Abdullah Belhoul, Undersecretary of the UAE Ministry of Foreign Affairs, said that his country would work with Qatar to "end all other pending issues through bilateral talks," without setting a date.

According to the Bahrain News Agency, Manama's call for dialogue included informing Qatar that it has formed two committees, one legal and the other for follow-up, according to what was stipulated in the Al-Ula statement, without disclosing further details.

In an interview with Financial Times newspaper, he added that all Gulf states are "winners" by ending the crisis, indicating that "it may take some time to achieve full reconciliation."

The Gulf region had witnessed a severe crisis since June 2017, after Saudi Arabia, the Emirates, Bahrain and Egypt imposed a land, air and sea blockade on Qatar, claiming its support for terrorism, which was denied by Doha at the time, and considered it an attempt to undermine its sovereignty and its independent decision.