Coronavirus measures: Britain to shut down all travel corridors from Janaury 18 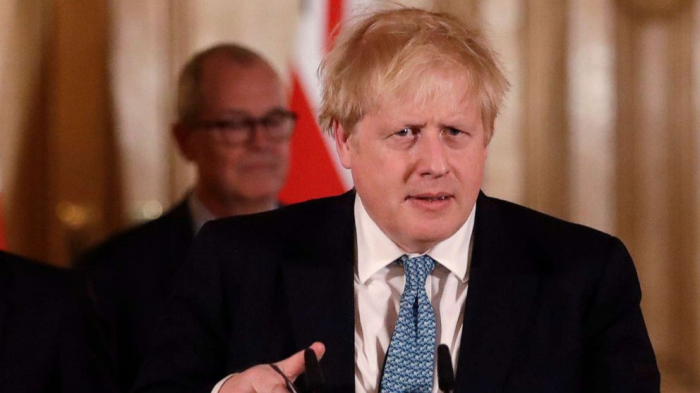 The UK is to close all travel corridors from Monday morning to "protect against the risk of as yet unidentified new strains" of Covid, the PM has said.

Anyone flying into the country from overseas will have to show proof of a negative Covid test before setting off.

It comes as a ban on travellers from South America and Portugal came into force on Friday over concerns about a new variant identified in Brazil.

Boris Johnson said the new rules would be in place until at least 15 February.

The latest government figures on Friday also showed another 55,761 new cases had been reported - up from 48,682 the previous day.

Meanwhile, more than two million people around the world have now died with the virus since the pandemic began, according to figures from Johns Hopkins University.

Speaking at a Downing Street press conference, the prime minister said it was "vital" to take extra measures now "when day by day we are making such strides in protecting the population".

"It's precisely because we have the hope of that vaccine and the risk of new strains coming from overseas that we must take additional steps now to stop those strains from entering the country."

All travel corridors will close from 04:00 GMT on Monday. After that, arrivals to the UK will need to quarantine for up to 10 days, unless they test negative after five days.

Mr Johnson, who said the rules would apply across the UK after talks with the devolved administrations, added that the government would be stepping up enforcement at the border and in the country.

Travel corridors were introduced in the summer to allow people travelling from some countries with low numbers of Covid cases to come to the UK without having to quarantine on arrival.

Trade body Airlines UK said it supported the latest restrictions "on the assumption" that the government would remove them "when it is safe to do so".

Chief executive Tim Alderslade said travel corridors were "a lifeline for the industry" last summer but "things change and there's no doubting this is a serious health emergency".

Labour leader Sir Keir Starmer said it was the "right step" but called the timing of the decision "slow again", adding that the public would be thinking "why on earth didn't this happen before".

The prime minister warned that the NHS was facing "extraordinary pressures", having had the highest number of hospital admissions on a single day of the pandemic earlier this week.

He said that came on Tuesday when there were 4,134 new admissions, while the UK currently has more than 37,000 Covid patients in hospitals.

Mr Johnson said that once the most vulnerable have been vaccinated by mid-February "we will think about what steps we could take to lift the restrictions".

England is currently under a national lockdown, meaning people must stay at home and can go out only for limited reasons such as food shopping, exercise, or work if they cannot do so from home.

Similar measures are in place across much of Scotland, Wales and Northern Ireland.

Also speaking at the No 10 briefing, England's chief medical officer Prof Chris Whitty said the restrictions would need to be lifted gradually by "testing what works, and then if that works going the next step".

He said the peak of people entering hospital would be in the next week to 10 days for most places, but "we hope" the peak of infections "already has happened" in the south-east, east and London.

"The peak of deaths I fear is in the future, the peak of hospitalisations in some parts of the country may be around about now and beginning to come off the very, very top," he said.