How the Civil War got its name - iWONDER 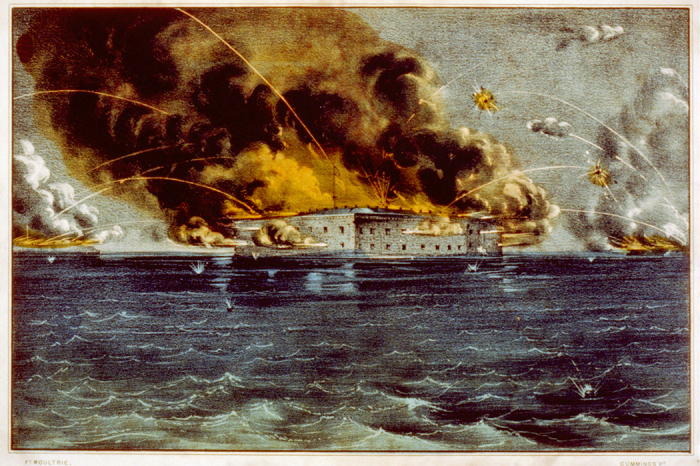 What happened on January 6 at the US Capitol? Depending on who’s telling the tale, it was a “protest,” “insurrection,” “riot,” or, as commemorative shirts worn by some of the participants put it, “MAGA Civil War.” Historian Gaines M. Foster writes that Americans once used a similar range of terms to describe what we now think of as the actual Civil War.

After Confederate troops fired on Fort Sumter in April 1861, Foster writes, President Lincoln described the situation as an “insurrection.” But within months, he instead adopted “rebellion.” That word had a more distinctly negative connotation then than it does today. Foster notes that international lawyer Emmerich de Vattel’s The Law of Nations, considered authoritative at the time, suggests that an “insurrection” may be justified, but “rebellion” is by definition “void of all appearance of justice.”

Some supporters of the Union cause, including Frederick Douglass, attempted to reclaim “abolition war.”

Meanwhile, among Confederates and their sympathizers in the North, one popular term for the conflict was “abolition war.” It evoked radical ideas like racial equality that many whites all over the country opposed. The Macon Daily Telegraph reported that many in the Midwest viewed the conflict as “an unholy, unchristian, unjust Abolition War.”

Some supporters of the Union cause, including Frederick Douglass, attempted to reclaim “abolition war.” Douglass argued that the war was necessarily one of abolition because the destruction of slavery was necessary for the preservation of the Constitution and the nation.

In the years after the war ended, Foster writes, no single term prevailed among southern whites. Some spoke of the “Confederate War for Independence,” or just the “Confederate War.” (The “War of Northern Aggression” was rarely used until it was adopted by neo-Confederates and others opposed to racial integration in the mid-twentieth century.) Gradually, southerners settled on the “War between the States.” Former Confederate Vice President Alexander H. Stephens argued that this reflected the fact that the United States had never been “one Political Society” and that the war had been between states “regularly organized into two separate Federal Republics.”

In the North, meanwhile, a shift was happening. During and immediately after the war, northerners most commonly referred to it as a “rebellion.” But as Reconstruction was quashed and the nation permitted the rise of the Jim Crow terror regime, many white northerners sought to bridge the divide with their southern counterparts by using a neutral term. By the 1890s, “Civil War” was clearly the favorite term used in newspapers. Soon after the turn of the century, Congress officially adopted it over “the rebellion.”

The United Daughters of the Confederacy continued to push for “War between the States,” but  “Civil War” eventually won out nationwide. Around 1907, one historian surveyed a sample of Americans about how to refer to the conflict. The overwhelming favorite was “Civil War.” Many respondents approvingly mentioned that it was acceptable to both North and South. One explicitly noted that it “relieves the South from embarrassment.”

Today, similar questions about political unity and its price may resonate in the words we use to describe violent political conflict.