2 IS militants killed, 6 arrested in Iraq 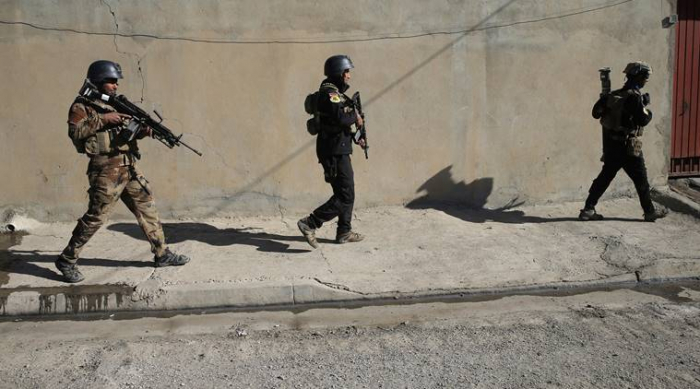 The Iraqi security forces killed two militants of the extremist Islamic State (IS) group and arrested six others on Saturday across the country, Xinhua reports.

An army force, backed by Iraqi aircraft, attacked an IS hideout near the town of al-Garma in the northwest the city of Fallujah, some 50 km west of the Iraqi capital Baghdad, leaving two IS militants killed, commander of Anbar's Operations Command Nasir al-Ghannam said in a statement.

Separately, the Iraqi Counter-Terrorism Service (CTS) carried out operations in the provinces of Kirkuk, Salahudin, Anbar, and Baghdad, which resulted in the arrest of six IS militants, including an IS local leader, spokesman of the commander-in-chief of the Iraqi forces Yehia Rasool said in a statement.

The operations came as the extremist IS militants have intensified their attacks on the security forces, including Hashd Shaabi forces, and civilians in the formerly IS-controlled Sunni provinces, resulting in the killing and wounding of dozens.

The security situation in Iraq has been improving since Iraqi security forces fully defeated the IS militants across the country late in 2017.

However, IS remnants have since melted in urban areas or deserts and rugged areas, carrying out frequent guerilla attacks against security forces and civilians.