Is the 5-day workweek dead? 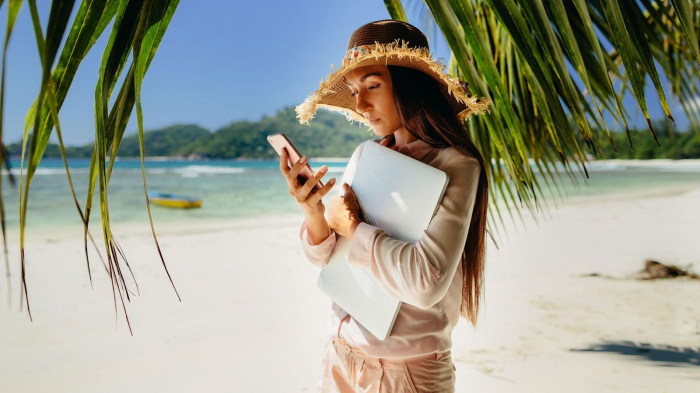 Work as we know it will never be the same – but are we prepared for a drastic transformation of where and when we do our jobs?

As most knowledge workers have toiled away remotely for nearly a year, some are eager to get back to the office, while others have high hopes of being able to stay at home. Regardless of the camp you fall into, there’s one question that’s hanging over everyone: what will work actually look like on the other side of the pandemic? Will our structure revert to pre-pandemic days: 9 to 5, five days a week?

Maybe, but maybe not. Some companies are anxious to get workers back to their desks, but at the same time, employee desire is ramping for a new type of ‘hybrid’ work future – a mix of both office presence as well as some time remote.

While some of these proposals to shake up the structure of work simply focus on giving employees a little more flexibility, a few are more dramatic. Some work and productivity experts are proposing that we blow up the notion of working five days or setting standard hours and workplaces altogether. If companies and workers rally around these big ideas, they’ll create a world of work that looks very different than it did a year ago.

Three days in the office, two days remote and two days off. That’s the premise behind ‘3-2-2’, a new work-structure proposal from academics Lauren C Howe, Ashley Whillans and Jochen I Menges. The emphasis on flexibility is key here, as workers choose the set-up that works best for them and mould their days around their personal schedules. (It’s a striking contrast to China’s similarly named 9-9-6, in which employees work 9 a.m. to 9 p.m., six days a week, in a rigid structure.)

“Employees have appreciated the flexibility experienced during the pandemic, and desire more of it in the future,” says Whillans, an assistant professor in negotiations, organisations and markets at Harvard Business School. Although she expects employers to still require five days of work, generally on a Monday-through-Friday schedule, the key to the 3-2-2 model is enabling employees to pick where they work. “The exact enactment of flexibility will involve companies considering factors like Covid safety risks, employee preferences and a discussion of what kinds of activities would benefit from some in-person interaction,” she says.

Whillans adds that the 3-2-2 model would look different across different organisations – especially within larger companies in which coordinating multiple workers in person at the same time could be more complicated. But the point remains the same: honour workers’ preferences while keeping collaboration and productivity at peak.

“Every office has a different consideration set, but the general idea is to think about when to encourage employees to come to the office versus stay at home to facilitate work-life balance and increase creative and informal social interactions among employees,” she says.

The concept of a four-day workweek isn’t new – some companies have been toying with the idea, or even experimenting with it, in workplaces across the globe for a few years. The proposal has been around since the 1970s, and implemented sporadically over past few decades with mixed success. But workers are renewing the call amid the pandemic, hoping it’s a more realistic solution than ever before.

One reason is that our relationship with productivity has evolved in an unexpected way that perhaps only the pandemic could have catalysed: many are finding that while working remotely they’ve been more efficient, not needing five full days to get their work done. A survey from US jobs site FlexJobs showed that 51% of respondents reported being more productive at home – even working parents.

Part of this increased output may be the result of better focus without the buzz and clamour of colleagues. But the other element may be that there simply isn’t enough work to fill five days, and workers find ways to occupy the time just to hit their desk-hours quota (think of all the time you spend checking social media or shopping, only to quickly toggle your browser tab when your boss walks by). This isn’t a new assertion: London School of Economics anthropology professor David Graeber raised the point back in 2018 by in his book Bullshit Jobs. Plus, working more hours than necessary may also have detrimental effects, such as decreased productivity and mental-health consequences.

In December, Unilever New Zealand implemented a four-day workweek trial. “Our employees will work 80% of the time, while retaining 100% of their salaries and deliver 100% of their KPIs/output,” says Nick Bangs, general manager of Unilever New Zealand. There’s no “overarching template”, he adds, so workers choose their day off. The purpose, he says, is creating a “new productivity mindset”, and encourage more flexibility and better health.

These two approaches represent very different re-thinks of how we work: 3-2-2 emphasises flexibility across a 40-hour week; four-day workweek maintains structure, though with less time to be on. Is one more likely to happen than another?

Of course, it’s tough to say; ongoing impacts of the pandemic will continue to shift not only our thinking and values, but also our expectations of employers. In some ways, 3-2-2 may seem more ‘realistic’ as workers demand more flexibility, which 3-2-2 offers in spades. But we haven’t quite seen the proposal in action at scale – whereas the four-day workweek is already in motion for some companies, with others considering taking up the approach.

But there are also people who hate the idea of dismantling the typical workday structure all together, saying changes may let competition get ahead, leave clients waiting for responses, damage workers’ health and even sink the corporate world as we know it.

In the past, some firms that have embraced flexible, remote working have found the move disastrous for their output and bottom lines; in 2013, Yahoo CEO Marissa Mayer actually rolled back telecommuting initiatives, and forced employees back into traditional structures.

Similarly, the four-day workweek has virulent critics. Speaking on BBC’s Business Daily in December, Marc Effron, president of global HR company The Talent Strategy Group, said, “It feels like we’re somehow rewarding people for being inefficient by saying, ‘Well, because you were wasting so much time before, now that you’ve found some of that time by squeezing it into a four-day workweek, we’ll allow you just to work those four days’.” Simply, he posits that if workers can do five days of work in four, they’re not putting in 100% effort to begin with.

And even advocates for both 3-2-2 and the four-day workweek concede the plans aren’t without their wrinkles and caveats.

Whillans says that some companies will face challenges others won’t. “Organisations will have to think carefully about how to structure the in-office time so that the right people from the right teams are coming to work at the same time… Additionally, it will be up to leaders and organisations to coordinate schedules so no one is being left out.”

And Unilever’s Bangs says that in order to stick with their new four-day approach, there needs to be a visible upside, otherwise they’ll end the experiment, currently set to finish in December 2021. “This trial is not about compromising business growth for the benefit of wellbeing, or vice versa. For this to be deemed successful, we need great business results, our people telling us they have the mental and physical energy to bring the best version of themselves to work and our customers continuing to receive the same level of excellent service we pride ourselves on.” Regardless of what happens in New Zealand, however, Unilever CEO Alan Jope says that the company will never go back to the five-day in-office structure they had pre-pandemic, which he added in a Reuters news conference "seems very old-fashioned now".

Like many elements of our daily lives, the answer is still up in the air. But among the questions, one thing seems all but certain: the way we work will never be quite the same.