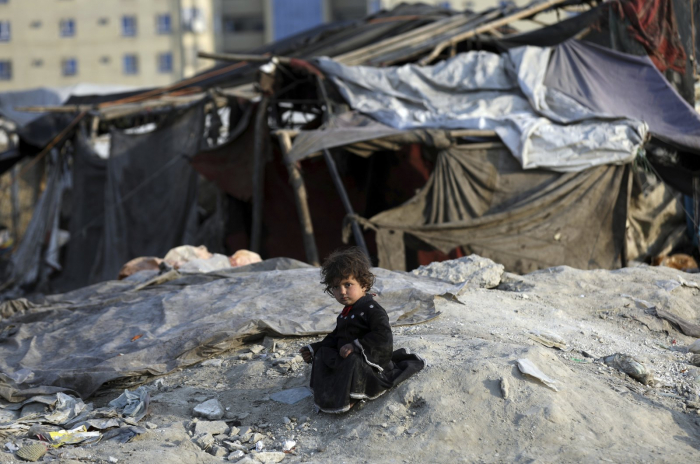 The international aid group Save the Children expressed alarm Tuesday, stating that Afghanistan faces a famine and urged nations to provide billions of dollars immediately to prevent the catastrophe.

The aid organization said nearly 10 million children in the war-ravaged country are at risk of not having enough food to eat in 2021, AzVision.az reports citing Daily Sabah.

According to the new figures, over 18 million people in Afghanistan, including 9.7 million children, are desperately in need of life-saving support, including food, Save the Children said in a statement. The group called for $3 billion in donations to pay for assistance in 2021.

"Millions of people are suffering every day because of poverty and conflict. It's especially hard on children, many of whom have known nothing but violence," Chris Nyamandi, the organization's Afghanistan country director, said. "Conflict continues to cause extreme physical and psychological harm, forcing hundreds of thousands of people to flee their homes every year."

"It’s a desperately bad situation that needs urgent attention from the international community," he said.

The latest round of peace talks between the Taliban and Afghan government negotiators that began earlier this month in Qatar has been slow to produce results as concerns grow over a recent spike in violence across Afghanistan.

The pandemic has also had a disastrous impact on millions of Afghan families. In 2020, the World Bank estimated that the pandemic had hugely disrupted imports, including vital household items, which in turn led to rapid inflation.

The added health and economic strains of the pandemic have deepened the humanitarian impact across the country. Many Afghans also blame runaway government corruption and lawlessness for the country’s poor economy.

The U.N. and its humanitarian partners will seek $1.3 billion in aid for 16 million Afghans in need this year, United Nations secretary-general spokesperson Stephane Dujarric, said this month. That’s up from an estimated 2.3 million people last year who needed life-saving assistance.

According to the U.N., nearly 6,000 people – a third of them children – were killed or wounded in fighting in Afghanistan between January and September last year, Nyamandi said, according to remarks carried by The Associated Press (AP). The violence continues to force hundreds of thousands of people to flee their homes every year and limit people's access to resources, including hospitals and clinics.

The U.N. Children's Fund (UNICEF) said last year that polio eradication campaigns had been suspended in dozens of countries, while measles vaccination campaigns were also put on hold in 27 countries.

In a Save the Children report in December, the group said more than 300,000 Afghan children faced freezing winter conditions that could lead to illness and death without proper winter clothing and heating. The organization provided winter kits to more than 100,000 families in 12 of Afghanistan's 34 provinces.