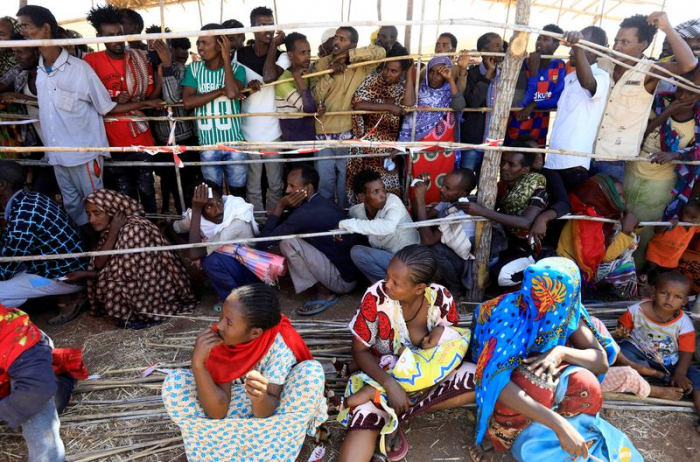 Just when people were harvesting crops in early November, the federal army launched an offensive against forces of the former local ruling party, the Tigray People’s Liberation Front (TPLF), whom it accused of insurrection.

Thousands died and more than 300,000 fled their homes during battles and air-strikes, creating a humanitarian crisis in the already poor region of about 5 million people.

Though the government captured regional capital Mekelle and declared the war over by the end of the month, aid groups, the United Nations and some officials say reaching needy people has been hindered by violence, bureaucracy and logistical obstacles.

“The people are terrified, they have suffered a lot,” Medecins Sans Frontieres’ (MSF) emergency programme head Mari Carmen Vinoles told Reuters as the medical charity made first forays into rural areas near towns including Adrigat and Axum.

MSF said there was barely any healthcare provision beyond Mekelle and a handful of towns, meaning people were dying without life-saving help for conditions such as pneumonia or childbirth complications.

“Every time we reach a new area, we find food, water, health services depleted, and a lot of fear among the population. Everybody is asking for food,” she added.

The United Nations’ children’s agency UNICEF said on Monday that malnutrition was the leading cause of death in clinics in the town of Shire, where the situation was particularly grave.

Many Tigrayans had relied on food aid even before the war, with locust plagues in early 2020 worsening their plight.

“Central Tigray is a black hole” because most people remain in villages and aid groups only have access to towns, said Action Against Hunger’s (AAH) Ethiopia director Panos Navrozidis.

Fear of fighting appeared to be keeping people hiding in mountains unable to seek food and medical treatment, he said.

Health workers had not been paid for three months, both MSF and AAH said.

The state-run Ethiopian Press Agency quoted the Tigray Water Resource Management Bureau as saying clean water was running short for many because of damaged infrastructure, looted offices, stolen equipment and an inoperative dam.

With media access and communications to Tigray still difficult, Reuters was unable to independently verify the reports. Representatives for the TPLF, who said weeks ago they were still fighting from hideouts, could not be reached.

The Ministry of Peace said on Tuesday that the government was working with humanitarian partners to rapidly deliver aid, with 1.8 million beneficiaries so far.

Even so, foreign disquiet remains.

One Ethiopian official acknowledged that “people are starving” during a meeting with the United Nations and aid groups on Jan. 8, according to official notes of the meeting seen by Reuters and authenticated by two sources.

“If urgent emergency assistance is not mobilized, hundreds of thousands might starve to death,” Berhane Gebretsadik, an administrator for the federally-appointed interim Tigray government, told the meeting.