"90 % of population were Azerbaijanis in Shusha" - Pashinyan 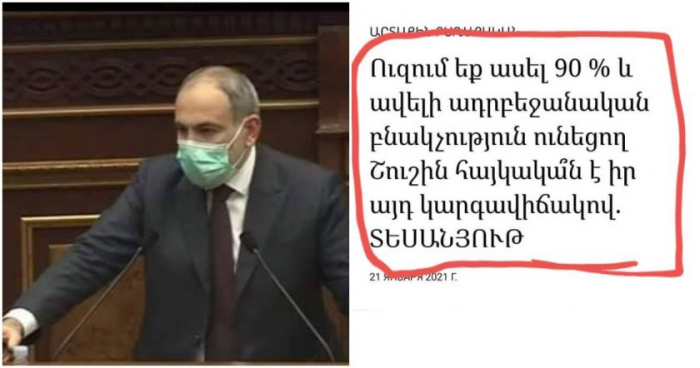 The question addressed by the Prime Minister of Armenia Nikol Pashinyan to a group of deputies of the Armenian parliament annoyed the Armenian society, AzVision.az reports.

Pashinyan's question "Do you mean that the city of Shusha, where more than 90 percent of the population is Azerbaijani is Armenian city?"  became cause of dissatisfaction.

"Nikol is a symbol of betrayal," said political scientist Gagik Hambaryan. Hayk Demoyan, former director of the fake Armenian genocide museum institute and doctor of historical sciences said that he was waiting for an answer from the deputies. "Prime Minister's question cannot remain unanswered" he said.