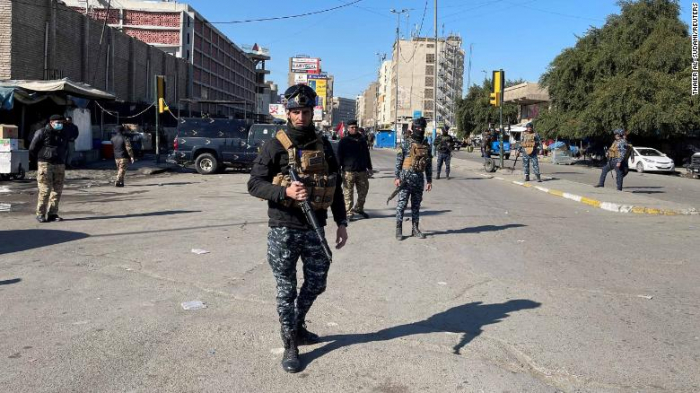 Security forces say they pursued the two attackers before they blew themselves up. It was the first suicide attack to strike Baghdad in nearly two years.

The first bomber entered the marketplace and, pretending to be sick, asked for help, causing people to gather around him before he blew himself up, according to officials and state media. The second bomber then drove to the scene on a motorbike before detonating his explosive vest.

Double bombings were common in Iraq during the height of its sectarian war between 2005 and 2007.