COVID-19 death toll in US climbs past WWII casualties 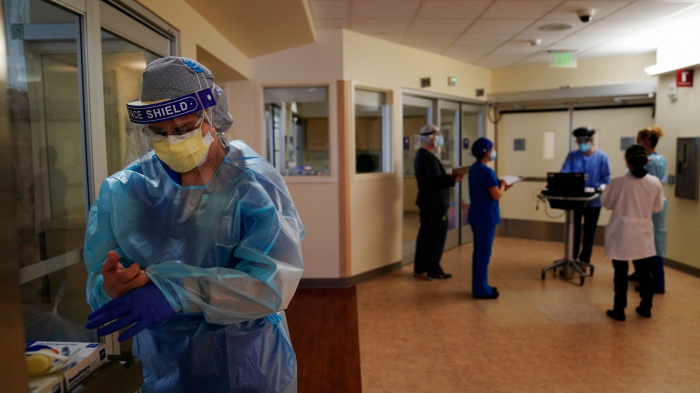 America's coronavirus death toll took a drastic turn for the worse this week as its number of fatalities surpassed the country's troop losses in World War II. New U.S. President Joe Biden is warning that the nation enters "what may well be the toughest and deadliest period of the virus,” AzVision.az reports citing AFP.

Coronavirus cases have surged past 96 million worldwide, fueled by the emergence of new variants including one that was first detected in Britain that has now spread to more than 60 nations, the World Health Organization (WHO) said Wednesday.

The United States remains the worst-hit country, with around a fifth of the 2 million global COVID-19 deaths, and Biden has made the fight against the pandemic his administration's top priority.

"We need all our strength to persevere through this dark winter. We're entering what may be the toughest and deadliest period of the virus," Biden said at his inauguration, where those in attendance wore face masks and social distancing was enforced.

A Johns Hopkins University tracker on Wednesday showed that 405,400 people have died from the disease, more than the 405,399 total U.S. combat and non-combat deaths in World War II.

Among the Biden administration's targets is the inoculation of 100 million Americans in 100 days, hoping to revive a vaccine rollout that had floundered in the last weeks of the Trump presidency.

The announcement came as the WHO confirmed that the virus variant first detected in Britain had spread to more than 60 countries, while one that emerged in South Africa has made it to 23.