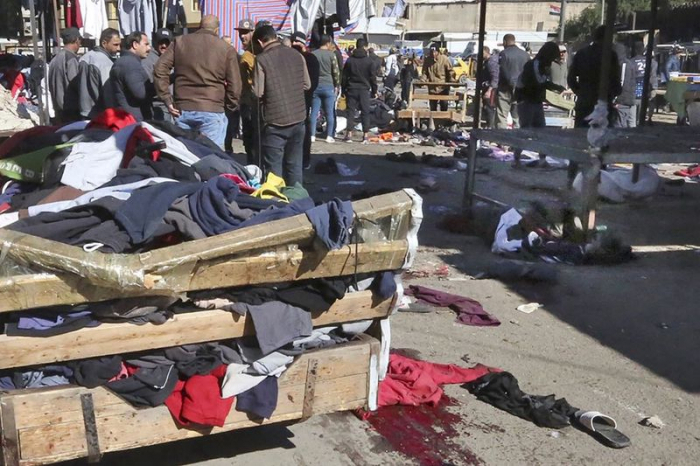 The Islamic State group early Friday claimed responsibility for twin suicide blasts on a commercial district in Baghdad the previous day that killed more than 30 people.

One IS suicide bomber targeted a group of shoppers and day labourers in Baghdad's Tayaran Square, and a second bomber detonated his explosives when a crowd gathered to help the wounded.

Iraq declared IS defeated in late 2017 but its sleeper cells continue to operate, usually in the country's desert zones.