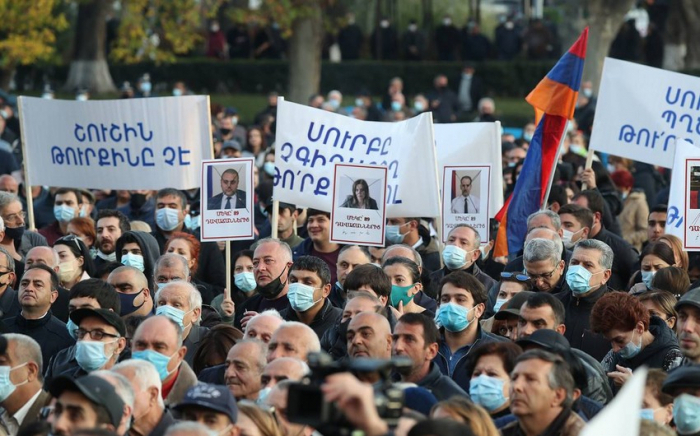 Protest rally is taking place in front of the National Assembly (NA) of Armenia, AzVision.az reports citing the Armenian media.

Those who have assembled are protesting against the likelihood of the NA electing Gagik Jhangiryan and Armen Khachaturyan as new members of the Supreme Judicial Council, considering that in this way, the government wants to put the judicial system in Armenia under its control.