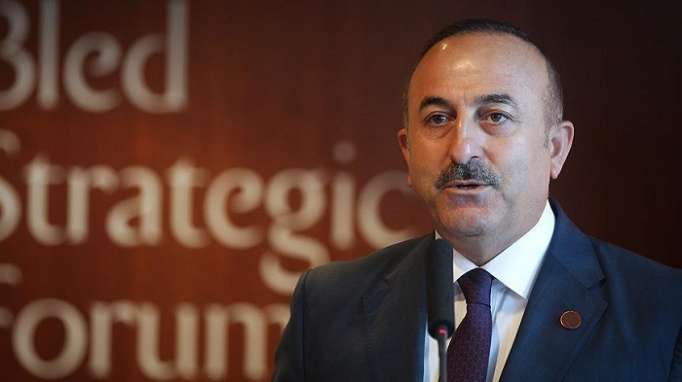 Turkey and the EU agreed on working on a roadmap for enhancing relations, the Turkish foreign minister said Friday.

Speaking to journalists in Brussels after his two-day working visit, Mevlut Cavusoglu said "2020 was a problematic year” for relations between Turkey and the EU but a more positive dialogue has developed since the EU leaders’ meeting in December.

“We interpreted the joint statement of the December meeting as a hand extended towards Turkey and we reciprocate it in a positive way,” said Cavusoglu.

Turkey is always ready to improve its relations with any party or institution extending a positive hand, he said, adding that Turkey fulfills its promises.

“But in relations, of course, one side’s wish or dedication is not enough, and the EU should also be dedicated. And I'd like to say that in my talks with all my counterparts, I've witnessed a very positive approach and a will to improve our relations,” he stressed.

The presidents of the European Council and Commission will visit Turkey upon Turkish President Recep Tayyip Erdogan's invitation for talks on Turkey-EU relations, Cavusoglu noted.

He said the migration pact between Turkey and the EU will hit its fifth anniversary in March but there are still parts of the agreement that the EU has not fulfilled its commitments.

Visa liberalization and modernization of Turkey’s 1995 Customs Union with the EU were part of this agreement and “unfortunately no steps have been taken in this regard,” said Cavusoglu.

“There were 72 criteria for the visa liberalization and up until last year we were able to fulfill 66 of them. So, only six were left outstanding, and before coming here we looked into the situation again with some colleagues, and only four are left for the time being,” said Cavusoglu.

"I think it was because of the impact of certain EU countries which did not want to establish visa liberalization" that "it did not happen so far".

"But we've taken all necessary steps and will continue to do so,” he added.

Cavusoglu noted that Turkey's EU membership process should also be kept alive, adding that Ankara is always ready to take steps to fulfill opening and closing criteria of the negotiation chapters.