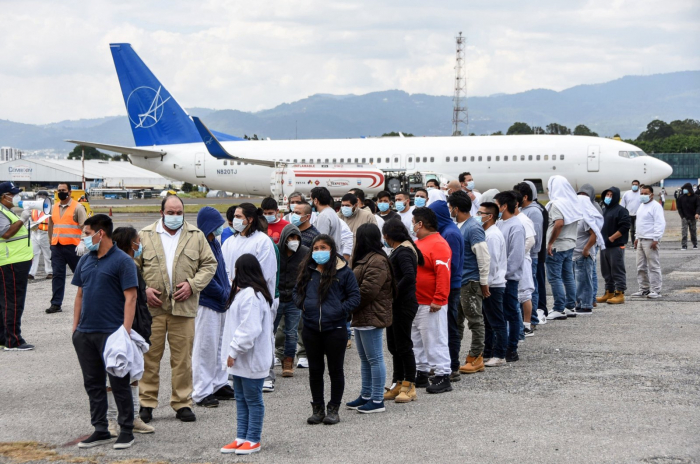 Not even a week after his inauguration, Texas on Friday moved to stop U.S. President Joe Biden from allowing a 100-day moratorium on deportations, bringing one of the first lawsuits against his new administration, AzVision.az reports citing AP.

In rushing to court, America's biggest red state signaled that it was ready to resume the role of chief antagonist to a Democratic president's immigration agenda, after four years of cheering on Donald Trump's hardline policies along the southern border.

The federal lawsuit seeks a halt to the deportation moratorium “for certain non-citizens" that was to begin Friday. Biden has already signed a raft of executive orders, including one revoking Trump's mandate that made anyone in the U.S. illegally a priority for deportation.

Texas claims the moratorium violates an agreement, signed in the waning weeks of Trump's presidency, that required the federal government to run changes to immigration enforcement past the state first. BuzzFeed News first reported the Trump administration signing similar agreements with Republican leaders in several states. Legal scholars have expressed doubt that the agreements will be enforceable in court.

The Department of Homeland Security referred questions to the White House, which did not immediately respond.

The lawsuit, which repeatedly cites Texas' agreement with the Trump administration, was filed before U.S. District Judge Drew Tipton, a Trump appointee, in the Southern District of Texas.

Since taking office Wednesday, Biden has made quick work of showing far-reaching intentions on immigration that would unwind many of Trump's crackdowns. His first steps included stopping construction of a border wall with Mexico and lifting a travel ban on people from several predominantly Muslim countries.

Biden also says he will push to give legal status and a path to citizenship to anyone in the United States before Jan. 1, an estimated 11 million people.

Texas shares more than 1,200 miles of border with Mexico, which the state's Republican leaders say makes them particularly invested in the nation's immigration policies. It also received thousands of refugees annually before Trump virtually ended admissions.