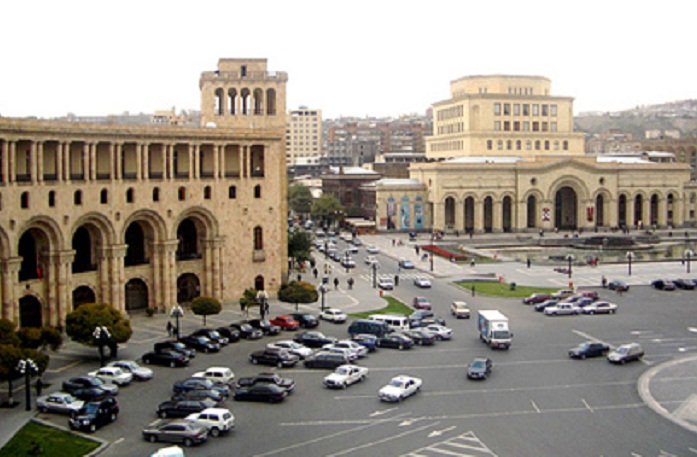 The post-war crisis in Armenia is getting worse, MP of Azerbaijan Kamran Bayramov told Trend.

Bayramov noted that the contradictions between the political forces in the country and the dissatisfaction of citizens are growing, as well as the socio-economic situation is deteriorating.

The internal political and socio-economic situation in Armenia was in crisis even before the war that began in response to the Armenian provocations on 27 September, he added.

“One of the reasons why Pashinyan’s government went for provocations was to distract the attention of its population from internal socio-economic problems. It is very clear that as a result of the war, the socio-economic situation in Armenia has deteriorated, and now it can be described as a serious political crisis. After September 27, when hostilities began, Armenia's already weak budget suffered colossal losses,” the MP said.

“After the shameful defeat in the 44-day war, Armenia will not be able to recover for many years to come. This country has suffered a great blow in terms of the socio-economic, moral and psychological, and also human factors,” he noted.

“The socio-economic situation in Armenia was already deplorable, the country struggled to make ends meet due to alms from abroad. On the other hand, for many years a kind of relaxation reigned in Armenian society, engendered by self-deception. The Armenians considered themselves a victorious nation. They thought they would keep the Azerbaijani lands under occupation forever. But the 44-day war showed that this was all just a myth. In fact, the Armenians realized that they had been living dreams for many years. The war also led to large human losses on the Armenian side,” Bayramov said.

“All these events caused a serious moral and psychological shock in the Armenian society. The end of the war with a bitter defeat with such a scale of losses was a heavy blow for Armenia. The Armenians already admit that Nagorno-Karabakh is the territory of Azerbaijan, Armenian mothers are protesting in front of the Ministry of Defense against sending their children to Karabakh. All this can be seen in videos spread on social networks and on other Internet resources,” the MP said.

He noted that the criminal regime of Armenia, pursuing an occupation policy, is to blame for these losses.

“Armenia is going through a serious political crisis, and it will only get worse. The officials of this country cannot give any arguments, they simply make false statements, being afraid, to tell the truth to the Armenian society. It can be stated unambiguously that such a development of current events makes an even greater decline in Armenia inevitable,” added Bayramov.