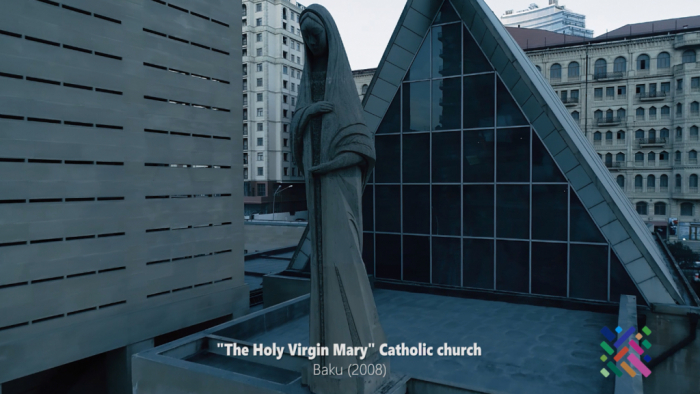 Azerbaijan’s Ministry of Culture has released a videoclip of the Holy Virgin Mary Catholic Church as part of the “Get to know our Christian Legacy” project.

The original Church, also known as the Church of the Virgin Mary’s Immaculate Conception, was constructed by the Polish architect Jozef Plosko, through personal donations of the Rylski oil magnate family in 1912, in Baku. The Church operated from 1915 to 1931 until its destruction by the Soviet Bolsheviks.

The Church was later rebuilt in 2007. On March 7, 2008, Azerbaijani President Ilham Aliyev together with the First Vice President Mehriban Aliyeva and the Cardinal Secretary of State Emeritus Tarcisio Bartone attended the opening ceremony of the Church.