After pirate attack, Mozart ship arrives at port in Gabon 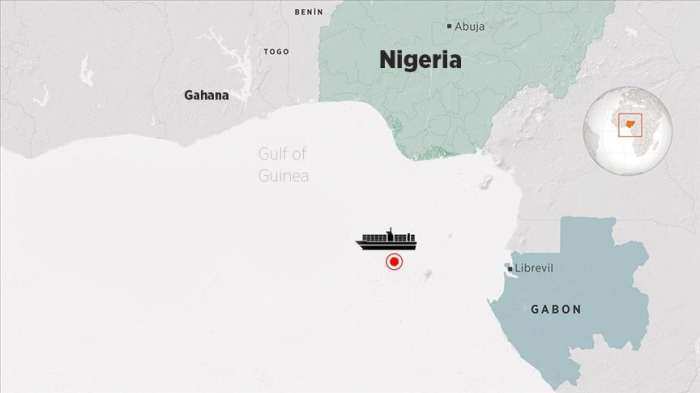 A cargo ship with a largely Turkish crew that was attacked off Nigeria on Saturday is now anchored off neighboring Gabon, and the body of a slain Azerbaijani sailor is due to be brought to shore, according to Turkish officials, AzVision.az reports citing Anadolu Agency.

In the Saturday pirate attack, out of 19 or 20 crew members, 15 were kidnapped and three remained with the pirates – both groups all apparently Turkish nationals – while one Azerbaijani crew member was killed. It is unclear how many surviving crew members may still be on the cargo ship.

Speaking to Anadolu Agency, Turkish Ambassador to Gabon Nilufer Erdem Kaygisiz said procedures for the transfer of the slain Azerbaijani crew member will be done quickly.

"First of all, we need to … get there, see the crew,” and then retrieve the body, she added.

En route from Lagos, Nigeria to Cape Town, South Africa, the Mozart was attacked in the Gulf of Guinea, 160 kilometers (100 miles) off the small island nation of Sao Tome.