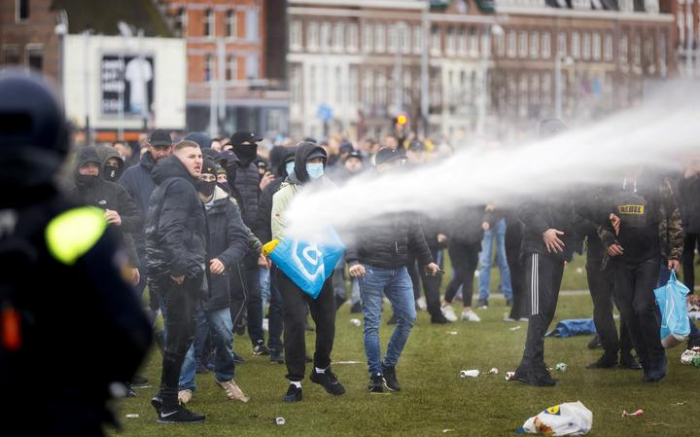 The unrest came on the second day of new, tougher coronavirus restrictions, including a night curfew, which had prompted demonstrations.

Police used water cannon, dogs and mounted officers to disperse a protest in central Amsterdam on Sunday afternoon, witnesses said. Nearly 200 people, some of them throwing stones and fireworks, were detained in the city, police said.

National broadcaster NOS said riot police had been deployed in at least 10 cities and towns after a curfew went into effect at 9 p.m. (2000 GMT). Vehicles were set alight, police were pelted with stones and public property was destroyed, it reported.

Military police said on Twitter on Sunday night that they were supporting local police in at least two cities in the south.

On Saturday night, police had arrested 25 people across the country and handed out 3,600 fines for curfew violations.

Schools and non-essential shops in the Netherlands have been shut since mid-December, following the closure of bars and restaurants two months earlier.