Why you are breaking COVID lockdown rules - iWONDER 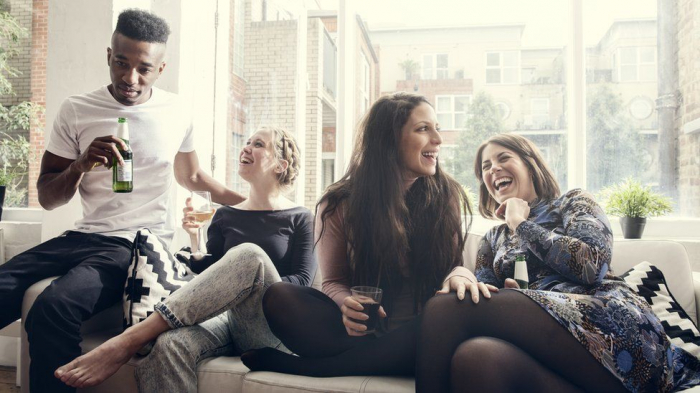 For most of us, last Friday night was spent on the sofa glued to a screen. Because aside from a Zoom quiz, there's not much else to do during lockdown. Right?

Not if you're Max. Last Friday he hosted a dinner party for seven others, inviting five people from two other houses. That's despite current lockdown rules that ban almost all mixing of households inside.

Meeting up with friends is something he's done throughout the pandemic.

At some points, he went to parties with more than 20 other people.

"The size of the gatherings I was going to over the span of the last eight months have varied depending on the policies in place," he tells Radio 1 Newsbeat.

Max isn't alone in breaking lockdown rules. Studies suggest that those who do are in the minority, but during this third lockdown, the government has felt the need to introduce tougher penalties for rule flouters and launched a campaign urging people to "act like you have the virus".

In England, you're only allowed to meet up with one other person who's not in your household - and only if it's for outside exercise. If you're living alone or need help with childcare, you can form a support bubble with one other household.

But 28-year-old Max says he isn't a fan of the government's rules on household mixing. He accepts he is breaking the rules but believes socialising with his friends is okay because they've had Covid and therefore can't get the virus again. This is something scientists dispute.

Police have recently stepped up efforts to fine people for not complying with the rules. In order to leave home in England, by law, you need to have a "reasonable excuse". If you don't have one, police can fine you £200 for a first offence - doubling for further offences up to a maximum of £6,400.

But Max says this isn't enough to deter him from holding future gatherings.

We put Max's comments to England's deputy chief medical officer Professor Jonathan Van-Tam, who described the behaviour as "utterly foolish" saying it could "lead to networks of new transmissions".

Liv has also been breaking some of the lockdown rules. Despite guidelines banning household mixing indoors, the 28-year-old visits her parents and her two nieces each week. She says she does so to help her mental health.

Liv works from home and finds being "stuck in the house" really hard. "I'm in the same four walls and live with my boyfriend who works in a hospital," she says.

"When he comes home, he's very depressed. He's had a lot of suicidal thoughts. So, for me, my family is my safe place. I don't have to think about him."

'I'd take the fine over my mental health'

On a bad day, Liv says she also struggles with suicidal thoughts.

"When you're around someone else who's also very down and you're trying to be positive, it's hard," she says.

Working in the pharmaceutical industry, Liv says she is very aware of Covid and the risks of passing it on to her parents, so does everything she can to minimise the spread.

"I very rarely go out, if at all," she says. "Normally, it's just a walk around the block so I'm not meeting anyone else."

And as for police fines deterring future visits to her parents, Liv says she "would rather take the fine than have my mental health dip to as low as it has been".

Laverne Antrobus is a Consultant Psychologist at Tavistock and Portman NHS Foundation Trust, helping young people make sense of dilemmas. She believes compliance during this lockdown is "different to March when the pandemic was emerging".

"Our minds worked differently then. Our mindset was that we all had a job to do. To not go out, to stay as safe as we could, to wash our hands. That was very clear."

But Laverne says the tier system introduced in October "disrupted our mindsets" because it gave some of us a sense of freedom, meaning when another national lockdown was brought in, it seemed harder to revert.

Liv found sticking to rules easier in the first lockdown but struggled in the second and third.

"I think because this lockdown is over the winter months, you can't go out as much, and you can barely see daylight, so that's made it a lot harder," she says.

Phoebe can relate. She was furloughed during the first lockdown but found it easy to follow all the restrictions.

"I was really good," she says. "I'd been busy, I'd been productive. I'd started all of these little hobbies and had a really charmed kind of situation. I was really, really fortunate."

But as the months of the pandemic went on, the days got darker and she was furloughed once again, she started to struggle.

"I felt these shifts happening in my mental health and I wasn't really sure where it was coming from. I started going to therapy and that made me more vulnerable."

The 24-year-old lives in a house share in London, and despite the rules limiting her social interactions to meeting just one person outside, she started seeing her boyfriend. Initially it was just on walks, until she says she thought: "We're not distancing - we're holding hands. So what's the difference with us being inside or outside?"

Phoebe says the regular visits from her boyfriend helped "create a semblance of normal in a really weird world", but they also came with negative feelings too.

"It was the one luxury that we afforded each other. It was beneficial to my mental health, but it was also something that brought guilt and anxiety."

Phoebe doesn't feel great about making up her own rules, but says: "I think if I'd been the only person I knew doing that, then it would have felt a lot heavier. But every single person I know has been making those decisions."

The government and scientists are clear that staying at home "is the single most important action we can all take to protect the NHS and save lives."

And after having to admit that his behaviour has broken so many rules, Max says he's had a bit of a change of heart.

"It would be a great situation if everyone, including myself, locked down and we could beat this thing," he says. "We should keep that in mind and I will stop gathering with friends - it's important to set an example."