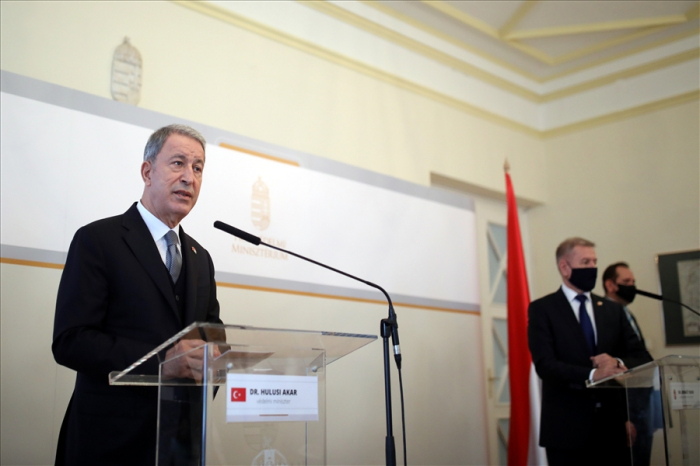 Speaking to journalists after the one-on-one and delegation meetings, Akar stressed that the discussions were extremely constructive and fruitful.

"We had the opportunity to look at all issues, including defense and security," he said.

The sides discussed the work done in the field of bilateral military cooperation, including the defense industry, and the work to be done in the future. The sides exchanged views in a constructive way.

He said that with Hungary, which we have always seen as a true friend and ally, we can achieve rapid progress in fields of defense and security.

In addition to bilateral relations, the Turkish minister said that they also exchanged views on NATO, the European Union, the Aegean, the Balkans, Azerbaijan, Libya and Afghanistan.