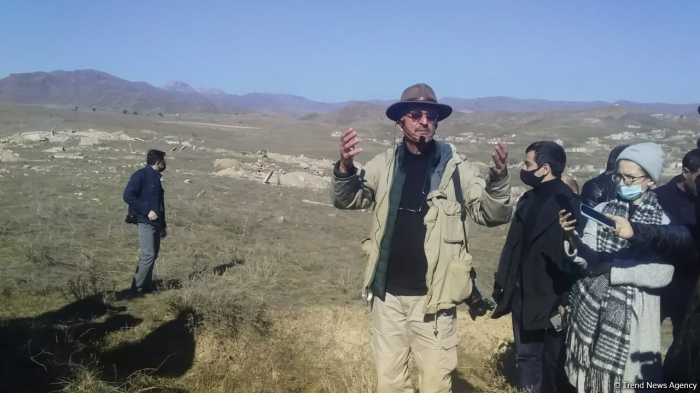 Deghati made the remark informing representatives of the diplomatic corps accredited in Azerbaijan about the destructions caused by the Armenian occupation of the district, which was liberated in the 44-day war (from late Sept. through early Nov.2020).

According to him, such consequences of the war were seen by him for the first time.

"I have been covering wars for 40 years, but I have never encountered such destructions before. I have not even heard of it. Over the 27 years, during which these territories remained under the occupation of Armenians, extremely serious crimes have been committed here," added the photographer.