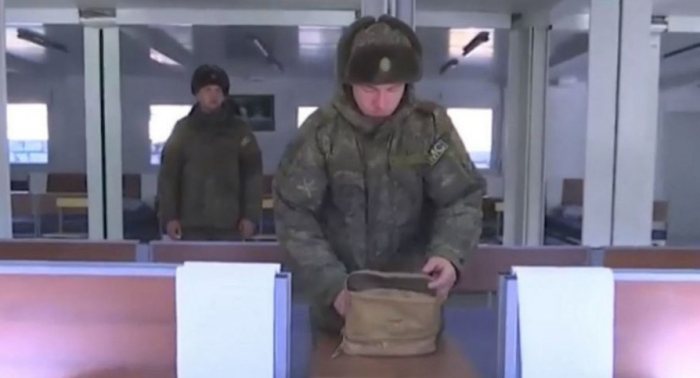 Russian peacekeepers are controlling the ceasefire regime and conducting round-the-clock monitoring of the situation at 27 observation posts in Nagorno-Karabakh, Russia’s Defense Ministry said.

“The ceasefire regime is being maintained along the entire length of the line of contact,” the ministry noted.

It also said that Russian peacekeepers are ensuring the safe return of citizens to their places of residence and the restoration of civil infrastructures and providing humanitarian aid to the population.

Demining operations are also underway in Nagorno-Karabakh, the Russian ministry said.  In total, since November 23, 2020, 1,461 hectares of territory, 453 kilometers of roads, 1,425 buildings, including 30 socially significant ones, have been cleared of unexploded ordnance, 24,827 explosive objects have been found and neutralized.

The ministry went on to say that the Russian peacekeepers also ensured safe passage of six convoys of the Azerbaijani Armed Forces. Four of them moved north and south along the Lachin corridor, as well as along the route Shusha-Red Bazaar-Gajar village and one in the opposite direction.