Aid sent from France to Karabakh not allowed by customs 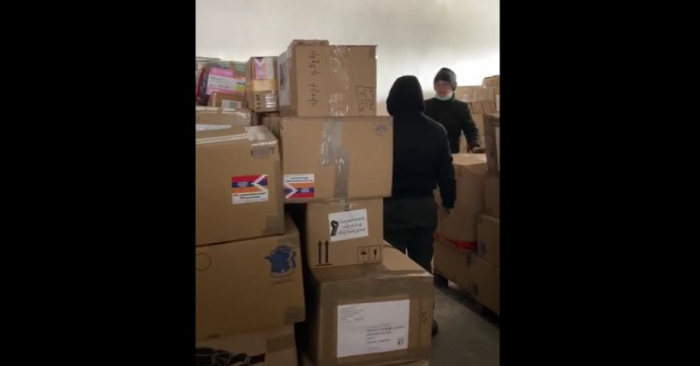 The aid sent from France to the Karabakh Armenians has not reached them, AzVision.az reports citing the Armenian medi.

It was stated that 9 tons of humanitarian aid collected by French Armenians and sent to Armenia have been stored in a customs warehouse since December 18, 2020.

"More than two months have passed, and despite receiving all the administrative permits, customs are imposing unclear conditions on our cargo. We knew that the Armenian leadership did not want to facilitate the delivery of humanitarian aid. Why?" said the French-Armenian youth group 'Charjoum le Movement', which suggested the aid initiative.