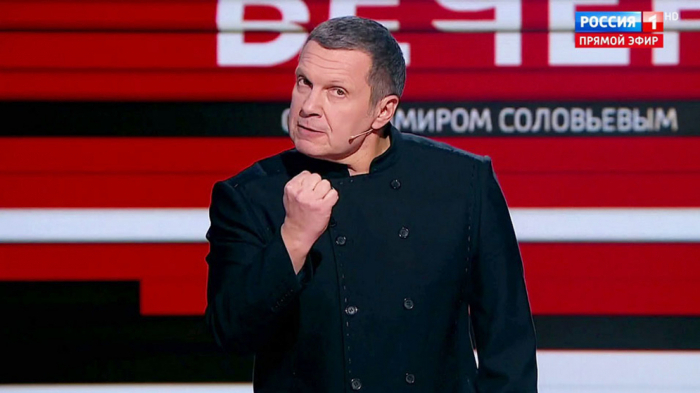 First Solovyov reminded that the prime minister was to blame for the defeat of Armenia.

"I listened to Nikol Pashinyan's speech. Now our weapons turned out to be useless. The person, who is guilty of the greatest tragedy and humiliation of the Armenian people continues to insist that everyone is guilty except himself. And now the head of state, the supreme commander-in-chief repeated it. You had two years, you could go and buy the weapons you wanted, "said the Russian journalist.