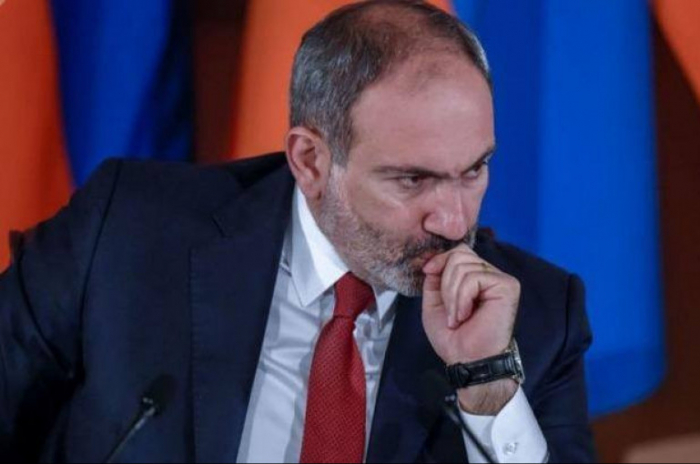 The General Staff of the Armenian Armed Forces released a statement demanding the resignation of Prime Minister Nikol Pashinyan and his government, AzVision.az reports citing the Armenian media.

The statement strongly objected to the dismissal of the First Deputy Chief of Staff on the basis of personal and ambitious feelings, without taking into account national and state interests.

Pashinyan blasted the military's call as a coup attempt, and urged his supporters to take to the streets to resist.

Note that, the First Deputy Chief of Staff of the Armenian Armed Forces, Lieutenant General Tiran Khachatryan was dismissed on February 24. President Armen Sargsyan signed a decree on his dismissal.

Pashinyan later announced the dismissal of the chief of General Staff on Facebook.

According to the Armenian media, the reason for the general's dismissal was Prime Minister Nikol Pashinyan's mockery of the idea that the "Iskander" missiles would not explode.

Yerevan has been seeing protests regularly since 10 November when he and Azerbaijani President Ilham Aliyev signed an agreement on a ceasefire in Nagorno-Karabakh that was brokered by Russian President Vladimir Putin.

The deal ended the armed conflict which had reignited in late September. Under the agreement, Baku regained control of the territories occupied by Armenians before the outbreak of hostilities, prompting a public outcry in Armenia.

Many Armenians interpreted it as a defeat in the Nagorno-Karabakh conflict.

The opposition parties have united behind calls for Pashinyan to step down, nominating former Prime Minister Vazgen Manukyan to head the government.