Why smelling matters for your health - iWONDER 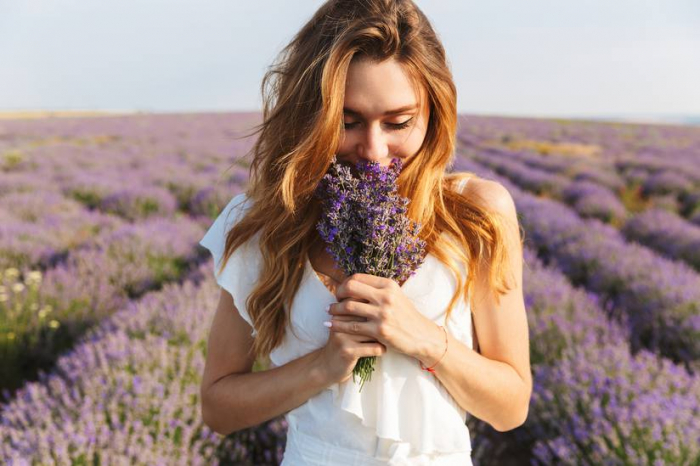 The effect that disease can have on our sense of smell has been thrown under the spotlight by Covid-19, but what else can we learn about our health from our noses?

Barrie Smith was diagnosed with Parkinson's Disease in his 50s, but 18 years before he was given his diagnosis, he developed a very strange and permanent symptom. One day he detected "a strong smoky smell, like burning wires", he says. Since then, he has never smelt anything again. At the time, flummoxed, Smith's doctor attributed the loss of his sense of smell to his scuba diving, as deep diving is known to sometimes cause smell impairments.

If only the doctor was right.

Smell loss can have sinister origins beyond scuba diving, and in Smith's case, that proved to be true. In today's world, most would automatically attribute the loss of smell to Covid-19, but it is also a common symptom of neurodegenerative diseases, including Multiple Sclerosis, Parkinson's disease and Alzheimer's disease. Research has found that up to 38% of those suffering from Multiple Sclerosis while almost half of older adults diagnosed with dementia showed signs of smell loss five years earlier. In Parkinson's disease 45-96% of patients show smell impairment.

For years, smell loss – or anosmia as it is also known – has been largely ignored as a marker for diseases such as Parkinson's, but now some scientists believe using it as a tool of diagnosis could come with big advantages.

The pathology of diseases such as Parkinson’s is present in the olfactory area of the brain long before other areas, and this is thought to be the reason why Smith lost his sense of smell 18 years before his first tremor. An accurate smell test might have identified his disease almost two decades before his official diagnosis, and that could potentially have given him much more time to slow the disease’s progression.

Several initiatives are now developing tests which could use smell to help diagnose neurodegenerative diseases.

Predict-PD is one such initiative. According to Alastair Noyce, a clinical senior lecturer at Queen Mary University of London, who leads the project, it has developed a smell test called Scratch and Sniff. This is a quick test that presents six smells to the patient that we commonly encounter throughout the day, based off a larger roster of 40 odours.

The hope is the data they collect could be used to predict who is going to develop Parkinson's, which might lead to new early treatments that could prevent the disease from progressing or slow it down. And with up to 0.45-3.4% of individuals (depending on the test) apparently unaware of their own smell loss, tools such as Predict-PD could help people to identify it.

The catch is that such tests are currently expensive. "The standard smell test costs on average £25 [$34.88] to undertake but only a few pence to produce," says Noyce. Whilst cost may not be a barrier for the many private clinics that are using smell tests as a tool for diagnosis, it would limit its usefulness for public healthcare systems with limited resources.

Of course, smell impairment does not only develop as a result of neurodegenerative diseases. Around 19% of the population have some sort of olfactory dysfunction, with 0.3% losing their sense of smell entirely (anosmia) and 19.1% suffering from reduced ability to detect odours (hyposomia). Recent studies have found that smell loss may be linked to mental health conditions such as depression, schizophrenia and dystonia, a movement disorder in which a person's muscles contract uncontrollably.

A study from 2016 found that men (but not women) with symptoms of depression also tended to have a poor sense of smell, while those who felt lonely were generally less good at identifying different smells. Other research has linked a defective sense of smell to increased mortality, suggesting it could be a "bellweather" for aging or illness. One study of more than 2,200 people aged 71-82 years old finding that those with a poor sense of smell had a 46% higher risk of dying within a ten year period than those with an ordinary sense of smell.

But how is it that smell can have such a powerful link to our health?

Carl Philpott, professor of rhinology and olfactology at the University of East Anglia, believes there could be a link to what we eat. According to his research, "one-third of patients with smell loss overconsume and another one-third of patients under-consume", he says. Since a healthy diet is one of the pillars of good health, it is easy to see why this would lead to increased mortality.

Philpott says "that our sense of smell makes up more than 70%" of the flavours we experience (although the exact proportion is contested), which could explain why losing this sense can affect a person's appetite. This fits with the personal experiences of Clara O'Brien, an independent clinical neuropsychiatrist who helps individuals who have been diagnosed with neurological illnesses and brain injuries.

"Smell plays an important part in a patient lives many lose the enjoyment from activities that are a core part of their daily routine," she says, explaining that she often finds that those close to her patients with smell loss say they have changed their behaviour, becoming more inward-looking, angry or withdrawn.

Honglei Chen, a professor of epidemiology and biostatistics at Michigan State University, has identified another reason why smell may lead to increased mortality, that smell impairments are linked to an increased exposure to adverse environments.

If you have a sense of smell, just think about those times you have found yourself walking alongside a road when you smell particularly repugnant car fumes, hurrying up as a result. In this situation, the person lacking the ability to smell would continue to inhale the toxic fumes. Smith describes how he had once been sitting in his room for hours which had been full of smoke from his neighbours' wood fire, but had not noticed until his wife came in.

On a neurological level, impairments in a person's sense of smell can lead to long-lasting changes in the make-up of the brain. Areas of the brain that are involved in smell such as the olfactory bulb and piriform cortices shrink, but so do less obvious ones such as the anterior cingulate cortex which is important for motor control and rational thought, and the limbic system which is important for emotional processing.

The good news is that the areas of the brain which shrink due to smell loss can regrow, should the person regain their sense of smell. When this happens, the olfactory bulb, piriform cortices, anterior cingulate cortex and limbic system would all expand, and the person's diet would also improve. This means that smell restoration therapies can be a very effective technique. There are currently researchers who are designing techniques that would enable them to do this.

Thomas Hummel, who leads the Smell and Taste Clinic at the University of Dresden, invented one such technique called "smell training". The technique involves patients sniffing an approximation of smells that combine scents from four odour categories, usually rose, clove, eucalyptus and lemon. The patient is required to smell the approximations for 10 minutes, twice a day for a three-month period. While the technique does not work on everyone, it has been shown to be effective in improving the smell abilities of 40% of patients.

Therapies such as Hummel's are for people who have a lose or weakening in their smell because of a range of conditions, whether Covid-19 or neurodegenerative diseases. There are also drugs available for restoring a person's smell, but these are not commonly as drugs may have side effects and smell training doesn’t. However, new therapies are needed for the 60% of patients who are unresponsive to smell training.

There are other therapies being developed for those who have lost their sense of smell. One of these is electrical stimulation: stimulating a particular area of the brain via electrodes either placed on the surface or implanted during surgery. These electrodes lead to changes in brain activity, which in turn can improve a patient's sense of smell.

For example, electrical stimulation in the nose has been shown to increase proliferation of olfactory receptor cells, these being the cells responsible for smell. While stimulating the regions of the brain involved in smell could lead to improved smell as this is one of the ways smell training is thought to be effective, by increasing the activity within the smell regions of the brain.

Yusuf Cakmak, an associate professor of anatomy at the University of Otago in New Zealand, explains that these olfactory neurons involved in smell also have terminals in areas of the brain involved in memory and navigation indicating that protecting these neurons could lead to benefits in memory.

Cakmak is currently working on a device which would be worn as a pair of "glasses" to stimulation the olfactory nervous system, with the potential of alleviating symptoms or suppressing the progression of diseases such as Alzheimer's and Parkinson's. Early modelling work has shown a person's sense of smell can be improved by receiving a targeted current of just one milliamp – equivalent to around two to three thousandths of the energy stored in a standard AA-rated battery. Clinical trials are due to begin in late 2021. If the trials are effective, we may one day be wearing electrical devices to protect our sense of smell.

In the meantime, perhaps this long-overlooked sense deserves a little more appreciation.