How online working can stall your career - iWONDER 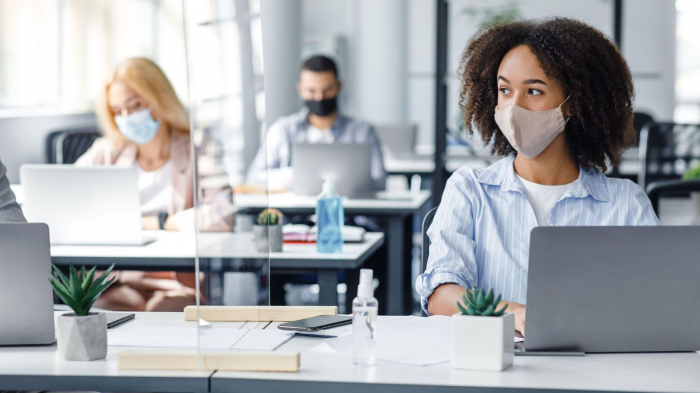 Remote work has a lot of benefits, but one major drawback: it may be harder to climb the career ladder when you’re at home.

When Mike Ali started working from home in 2016, he worried his colleagues would forget he existed. Ali, a 31-year-old marketing automation consultant, was relocating from Raleigh, North Carolina to Richmond, Virginia. “I think they just didn’t want to fire me,” he says of the mid-sized tech company he was working for at the time. “So instead, I became the test case for working from home. There were definitely growing pains.”

Ali’s colleagues were slow to adjust to using video chat tools. “People would forget to call me into meetings,” he says. “They’d say, ‘Oh, I’m having trouble setting this up, or getting you access’, and it’s like, well, will somebody please just call my cell phone? I discovered quickly that I had to be much more assertive. Because, I realised, if I just sit here quietly, they will forget all about me.”

Ali’s worry about feeling invisible to his colleagues after transitioning to remote work isn’t unfounded. Research shows that home workers – however productive – suffer from a lack of facetime with colleagues and managers, which negatively impacts promotions, and ultimately may stall careers.

This could create problems as many of us seek to retain our newfound work flexibility after the pandemic. If we opt for a work-from-home future, will it be at the expense of our career prospects – or are there ways to mitigate visibility issues?

‘Out of sight, out of mind’

The problem of inequity in promotion between remote and in-person workers has existed since well before the pandemic forced many people into home-work situations. In a 2015 study conducted in China, researchers from the Stanford Graduate School of Business found that while people working from home were more productive – 13% more, to be exact – they weren’t rewarded with promotions at nearly the same rate as their in-office colleagues.

“It was striking that promotion rates plummeted,” says Nicholas A Bloom, a professor of economics at Stanford, and the study’s lead author. “It was roughly half the promotion rate, compared to those in the office.”

In interviews with workers and management, Bloom and his colleagues found there were two major reasons for the lower rate of promotion among the remote workers. People who weren’t in the office, he explains, didn’t develop relationships and managerial skills as readily, or didn’t have the opportunity to demonstrate those skills. Plus, adds Bloom, when the people giving out the promotions aren’t getting any facetime with remote workers, “you’re basically forgotten about. Out of sight, out of mind”.

That tendency to forget about someone is a sort of unconscious bias, says Ioana C Cristea, a Zürich-based remote-work expert. “People are not necessarily doing this on purpose, but even though on some level I know the person at home is working just as hard as the person working in the office, [the remote employee’s] name’s not in my mind when I’m making a decision about who gets the promotion. Visibility plays a super important role in the way we get ahead.”

So, however good you are at your job, it can make a big difference when managers actually see that you are working, explains Cristea, co-founder of BELONGin, a start-up aimed at helping STEM companies attract and retain a diverse workforce.

A 2019 paper Cristea co-authored while at the University of California, Santa Barbara, showed that being observed by others while at work resulted in positive outcomes for employees “because it is a strong signal of their commitment to their job, their team and their organisation”.

It even holds true when employees aren’t performing all that well. “We take being there – being present – a bit for granted,” says Cristea. “You may have a bad day at work, but you’re at work. Your boss sees you and thinks, ‘I see her struggling, but she’s here, and she’s working hard’.”

When the work’s being done remotely, that same boss is more likely to see only the finished product, not the effort it took to get there. Even if the result is great, subconsciously, your boss may not realise how hard you worked.

“A workaround for this for the employee is, maybe in your one-on-one meetings, tell the manager how much time you’ve spent and explain the struggles.” But it’s a fine line, concedes Cristea, between making yourself look like a hard worker and implying you aren’t up to the task. “You don’t want to come off as a complainer.”

Remote workers whose promotion prospects are suffering for lack of facetime may find their workload increasing. Because office-based colleagues are often perceived to be working harder, says Cristea, remote employees end up going above and beyond to make up the difference. Ironically, the resulting stress can make the promotion less appealing.

“There’s a tendency to try to overcome not being present in the manager’s mind by putting in extra effort,” she says. Workers tell themselves, “’I’ll be in every meeting, on every call, answering emails well into the night’. We see people putting in all this extra effort not even to get ahead, but just to put themselves on the same level as the people in the office.”

And having to work twice as hard to get to the same place, she adds, is a recipe for burnout. Sure, you might land the promotion – but by then it may not feel like a win.

“After you’ve tortured yourself, you realise, ‘Hey, maybe this wasn’t worth it’. You’ve gotten your promotion, but your family life suffers,” she says. “People work so hard to get noticed and get that promotion, and then when they get it, the sacrifice they’ve had to make to achieve it is far greater than the reward.”

Though his research clearly shows working from home is a career disadvantage, Bloom doesn’t see the pandemic as a promotion killer, because no one is in the office. “Right now, everyone who can work from home is working from home. It’s like running a race where we’re all carrying gallons of milk, so no one’s fast.”

But we won’t all be at home forever. As workplaces re-open, Bloom says the issue will be more relevant than ever. Many companies are expected to use some kind of hybrid model, with some people in the office and others at home.

“Last spring, I wrote that we should let people choose,” he says. But newer research has changed his mind. In fact, he says, giving people complete freedom to choose whether and when they work from home could have serious ramifications.

“If you look at who wants to work from home, it’s not random. People with disabilities, people with children and women all tend to have a higher preference for more days working from home. What could happen, if you let people choose, is that young ambitious single men who don’t want to work from home come into the office and charge ahead. Women who are at home with children fall behind, and don’t get promoted. A few years down the line, there’s a lack of diversity in leadership.”

As comfortable as many have become using tools like Zoom and Slack to stay connected to colleagues over the last year, Bloom believes having some members of a team working remotely while others come to the office will inevitably disadvantage those working from home. “Anyone who’s ever tried to join in on Zoom with a group of people who are in the room together knows how hard it is,” he says. “It leads to a two-track system of insiders and outsiders.”

The formation of ‘insider’ and ‘outsider’ groups can also be avoided by being deliberate about team building. There are a lot of effective ways to do that virtually, says Cristea. “I know a team that uses an online platform where you can play Risk or Settlers of Catan online together,” she says. “Anecdotally, this seems to work. Even if you’re not seeing people or talking regularly during the day, if you participate in group events, you’re making yourself visible and being part of the team.”

Cristea says the pandemic “has shown companies that remote work can be done” and she expects to see many industries transition to permanently working from home. There will be some kinks to iron out and a period of experimentation, she says, but “with the proper training for leadership and team members, this can work”.

It’s working very well for Ali. For the last few years, he’s been at a fully remote company, which he says has changed the promotion equation completely, and for the better. Not only is the playing field level, but with in-person happy hours and breakroom politics eliminated, the game is based entirely on merit.

“Ten years ago, getting promoted was just about being the most popular person on your team,” he says. “Now it’s like, well, if you’re all distributed, no one’s really popular. So, it’s going to be based on effort and skill, and how well you do your job – even if there’s no one watching you do it.”