Putin highlights significance of normalization of situation in Nagorno-Karabakh 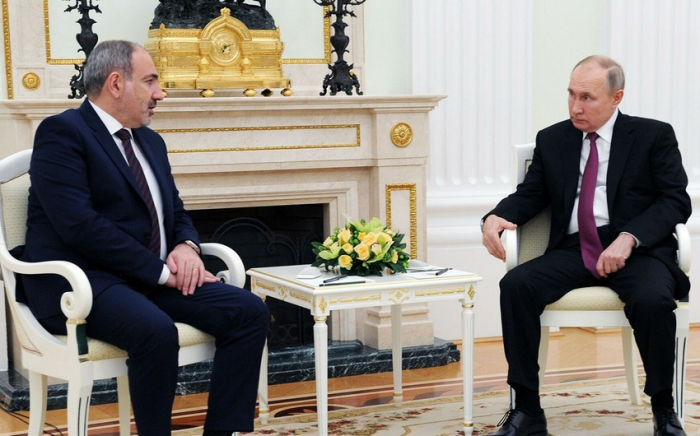 The normalization of the situation in the Nagorno-Karabakh region is one of the most important issues, said Russian President Vladimir Putin in a meeting with Armenian Prime Minister Nikol Pashinyan, AzVision.az reports.

"Of course, there are other issues that should be discussed to build bilateral relations but the most important one is the normalization of the situation in and around the Nagorno-Karabakh region," Putin added.

Note, a meeting between Russian President Vladimir Putin and Armenian Prime Minister Nikol Pashinyan kicked off in Moscow on April 7. The leaders discussed the implementation of the Karabakh peace agreements and other issues of mutual interest.