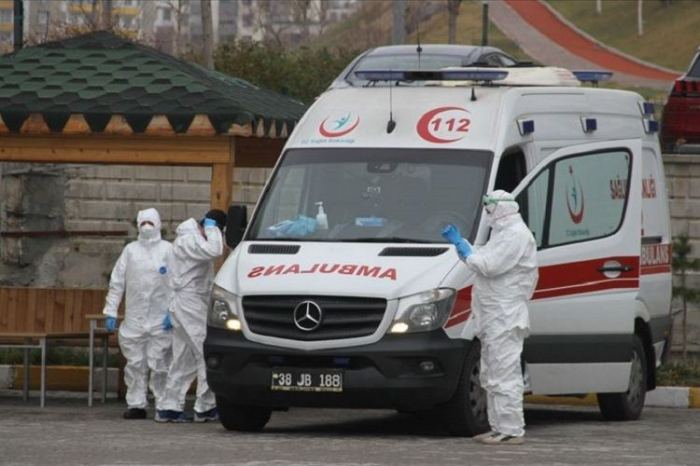 Turkey reported more than 54,700 new coronavirus cases on Wednesday, the highest daily count in the country since the start of the pandemic, AzVision.az reports citing Anadolu Agency.

A total of 54,740 cases, including 2,203 symptomatic patients, were registered across the country over the past 24 hours, taking the total number of cases past 3.63 million, according to the Health Ministry.

As many as 35,503 more patients won the battle against the disease, raising the number of recoveries to nearly 3.2 million.

More than 40.38 million coronavirus tests have been conducted in Turkey to date, with 302,108 done since Tuesday.

The latest figures showed that the number of COVID-19 patients in critical condition stands at 2,604.

Turkey has administered over 17.96 million vaccine jabs since it began a mass vaccination campaign on Jan. 14, according to official figures.

More than 10.55 million people have received their first doses, while second doses have been given to over 7.41 million.

Owing to rising infections and fatalities, Turkey has resumed weekend curfews and other restrictions in high-risk areas, in addition to special measures for the upcoming Muslim holy month of Ramadan.

Since December 2019, the pandemic has claimed over 2.87 million lives in 192 countries and regions, according to figures compiled by the US’ Johns Hopkins University.

Over 132.68 million cases have been reported worldwide, with recoveries nearing 75.37 million, the latest data shows.