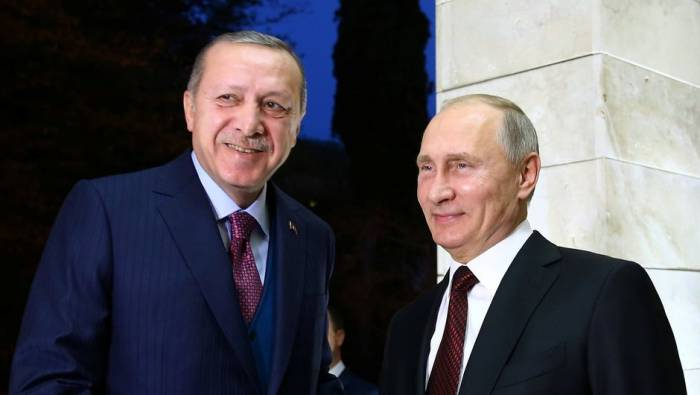 Turkish President Tayyip Erdogan appreciated the measures taken by Russia to stabilize the situation in the Nagorno-Karabakh region, as well as the implementation of the trilateral statements signed on November 10, 2020, and January 11, 2021, in a phone call with Russian President Vladimir Putin, the Kremlin said on Friday.

During the phone conversation, Putin briefed Erdogan on the results of his recent meetings with the leaders of Azerbaijan and Armenia.

The leaders exchanged views on the need to enhance work on the restoration of transport infrastructure in the South Caucasus.

Note, the territories of Azerbaijan, which was occupied by Armenia nearly 30 years ago, was liberated from the occupation during the 44-day Second Nagorno-Karabakh War. The war started on September 27 when the Armenian Armed Forces launched a large-scale military attack on positions of the Azerbaijani army on the front line, using large-caliber weapons, mortars and artillery and lasted until November 10. Until November 10, the Azerbaijan Army liberated some villages and cities of Fuzuli, Jabrayil, Gubadli, Zangilan, Khojavend, Khojaly, Terter, Shusha and Lachin districts.

On January 11, 2021, the Azerbaijani, Russian and Armenian leaders signed the second statement since the end of the 44-day war. The newly-signed statement is set to implement clause 9 of the November 2020 statement related to the unblocking of all economic and transport communications in the region.