Kyrgyzstan likely to support switch to presidential rule in referendum 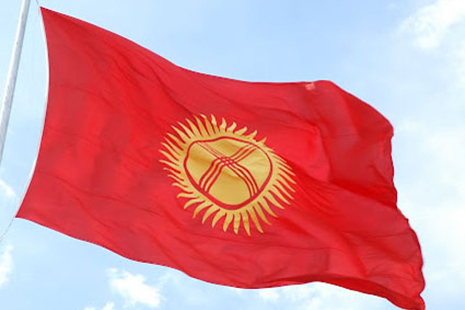 Voters in Kyrgyzstan are likely to support handing greater powers to the presidency in a referendum on Sunday, given high public trust in President Sadyr Japarov, a populist politician catapulted into the post from a prison cell last year.

The constitutional reform will make the political system of the Central Asian nation similar to that of its ex-Soviet neighbours such as Kazakhstan and Uzbekistan, making it easier for Japarov to push through his policies.

Japarov and his supporters also hope the strengthening of the presidency will make the country more stable after its leaders were toppled by violent revolts in 2005, 2010 and 2020.

Kyrgyzstan borders China and is closely allied with Russia.

A poll ordered by the United States-based International Republican Institute and published this month showed that Japarov was by far the most trusted politician in the country and had solid political capital.

The percentage of voters who believed Kyrgyzstan was headed in the right direction jumped from 41% last August - when Japarov’s predecessor Sooronbai Jeenbekov was in charge - to 70% in February and March, poll data showed.

Preliminary results of the vote are expected to be announced late on Sunday.

Japarov proposed the reform after coming to power amid violent protests last October triggered by the announcement of pro-Jeenbekov parties’ landslide victory a parliamentary election.

A former member of parliament and senior official, Japarov had been previously serving a prison term for his role in the kidnapping of a regional governor as part of a political protest. His sentence has since been overturned.

Unlike its neighbours, when Kyrgyzstan gained independence from the Soviet Union in 1991 it adopted a political system where both parliament and the presidency wielded significant powers, forcing its leaders to seek the backing of broader elites.