Have we got minimalism all wrong? 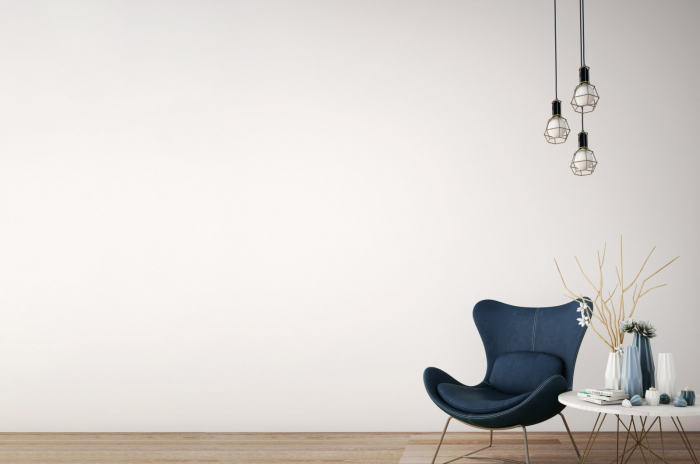 'Less is more' is a familiar refrain recently – but in fact it's an idea that goes back 2,500 years. Beverley D'Silva explores outer order, inner calm – and why simplicity may help make us happy.

Minimalism seems to be everywhere these days. For something that's all about reduction and "less is more", there's an awful lot of it about. The term is now applied to innumerable philosophies, products or lifestyle choices, from a light-fitting design to the goal of owning fewer possessions or – the ultimate pared-down minimalism – monk-like asceticism. The definitions are broad. Is it a profound philosophy, intended to make us reflect on the damage we're doing to the planet, like the artist Michael Landy's 2001 seminal project Break Down, in which he destroyed all his worldly goods? Or is it just about objects – what we own and what we discard – at the level of Marie Kondo, empress of organising, whose concept of "sparking joy" through what we have around us has resonated to the tune of 11 million books sold on her Kon-Mari method.

Kondo is part of a new army who have marched on to the popular stage in the past decade banging the minimalism drum. With her are Joshua Fields Millburn and Ryan Nicodemus, aka The Minimalists, who have made the study of material goods we own – and why – their life's work. In 2009, the boyhood friends saw the light that minimalism could shine on their stressed, high-earning executive lives, and the accumulation of possessions they admit acted as a distraction from their deep unhappiness and discontent. "I was chasing the American dream," says Nicodemus, "until I realised it wasn't my dream".

Bitten by the minimalism bug, they decluttered and jettisoned 90% of their possessions, sparking joy – and new careers – via their successful blogs, books and TV series. Their new Netflix series, Less Is Now, is an entertaining take on their personal stories and a calling to the cause, interspersed with expert insights, such as Annie Leonard of Greenpeace USA, who notes "corporations and the drive for profit are absolutely behind the addictions to stuff we have", and puts retail therapy's exponential growth down to people having "lost other ways of having a community, a purpose, an identity". Erwin McManus, founder of a "megachurch" in Los Angeles, meanwhile, has a spiritual take on it: "The lessons of minimalism are so powerful [because] we're binging on all the wrong things and dying of hunger for the things that matter," he says.

Critics point to the irony of The Minimalists' output, that it adds to the mountain of stuff – they have reached 20 million people, they say. But Millburn Fields and Nicodemus seem to genuinely believe in their mission to help "people to live meaningful lives with less". Their new book Love People, Use Things: Because the Opposite Never Works, defines their message, they say, and while decluttering is good, it's not all about having less: "We focus on making room for more – time, peace, creativity, experiences, contentment, freedom."

No wonder minimalism is a growth industry; the "stuff" mountain is getting bigger: the average US household owns 300,000 items; and additional storage space is real estate's most active growth area. Reacting against this is the "tiny house" movement; homes that are usually 40 sq m or less and are often self-built, reflecting a growing desire for reduced living costs and greater simplicity and freedom. The movement began in the US, and is gradually catching on elsewhere.

Kyle Chayka is the author of The Longing for Less: Living with Minimalism. With a background in art criticism, Chayka, who lives in New York, sees minimalism as having a deeper meaning and history than is generally recognised – one from the art world that signifies new beginnings, not necessarily a void of less. His 2020 book focuses on these origins and the 1960s cultural figures from which the movement takes its name: "Minimalism with a capital M", as he puts it. Fine artists like Donald Judd, Dan Flavin, Agnes Martin; musical composers such as John Cage, Philip Glass and Julius Eastman; and the designers, writers, architects and artists to whom the label has been applied.

"Where minimalism started in the art world was about finding beauty in unexpected things, such as in industrial materials, something that was previously ignored, and finding worth in them – not creating something that was totally blank and empty," Chayka tells BBC Culture. "Throwing out all your stuff and earning less might seem to be a rebellion against consumerism, but it also becomes an orthodoxy again [when you have to] buy the right new things and follow the right austere aesthetic."

He is unhappy about "this style some people have embraced of having just nothing and white walls and floors, it just becomes oppressive… like a new orthodoxy of total emptiness". He adds: "That concept of overlooked things is a big part of minimalism, which doesn't often happen now – it's 'Oh, I want to buy this Instagram sweater because it's minimalist'… that's not about looking at anything differently." Instagram is a big driver in minimalism's increasing popularity, he says: "The way it presents images and the blank white space is well suited to minimalist aesthetics." His next book, on "digital minimalism", will explore these ideas further.

Modern minimalism may have begun in the 20th Century, but the philosophy's roots reach far further back, some 2,500 years, and a self-determined figure called Diogenes; "the original nonconformist", according to William Stephens, professor emeritus of philosophy at Creighton University in the US. Diogenes was born around 412BC, and travelled from what is now Turkey to Athens, and, deciding he didn't need a house, lived in a felled rainwater pipe. All he possessed was a cloak, a walking stick and a leather pouch (nobody knows what he kept in it, given he had no money). Having "discovered happiness through self-mastery and self-sufficiency", Stephens says, Diogenes refused to conform to society's values of "accumulating possessions, and social status… so he was the original minimalist".

Forward to the 3rd Century BC, and the Hellenistic philosophy of Stoicism – which is partly about the "endurance of pain or hardship without the display of feelings and without complaint" – informs a minimalistic lifestyle in its adherence to simple living ideas, accepting change, and a focus on the self and community rather than possessions. In Letters from a Stoic, Seneca wrote of "convincing yourself that you can live a happy life even without [riches], and by always regarding them as being on the point of vanishing".

Shades of Stoicism echo in Gretchen Rubin's book Outer Order, Inner Calm. An upbeat, charismatic personality, she gave her take on "what being truly happy means and how to achieve it" to Oprah Winfrey on popular US daytime series SuperSoul Sunday. Rubin tells BBC Culture that her 2019 book sprang from realising "people were feeling kind of out of control in a world in turmoil, even before the pandemic. It's natural to want to control your own environment, to manage uncertainty and anxiety. "I'd say to people, 'What makes you feel happier?' and over and over the reply would be something like 'I make my bed'. A simple act, a little order, just makes them feel they're starting their day right."

Rubin takes issue with the white-wall brigade of "own-nothing" minimalists. "I think there can be a spiritual dimension to material objects, and we often make purchases in a search for higher values. So maybe that whimsical rubber sunflower you bought had a purpose – it will cheer up the family, or put a splash of colour on the windowsill." Talking about emotional connection to objects, she counselled a friend who had "a closet crammed with formal long dresses she never wore but were from a time when her partner, who she loved very much, died tragically of cancer. So these dresses were deeply connected to her memories of him." They eventually decided that one dress, the friend's favourite, was worth keeping – "maybe not forever, but for now".

"In the context of happy life, we can agree a crowded closet is a trivial problem," says Rubin. "Yet when we do something about an issue of clutter, people say they feel much more energetic, [and have] more focus; a great sense of possibility. I’ll never forget someone telling me – 'I finally cleaned out my fridge – now I know I can change my career too'."

These mavens of minimalism are mere newbies compared to John Pawson, the British architect who has been practising reductionism in his work for more than 40 years. He trained under the Japanese designer Shiro Kurumata, and his minimalistic aesthetic is apparent in his vast body of work, which includes the first Calvin Klein store in New York and his 2017 reworking of the innards of the Design Museum in Kensington, London. "From a young age I was interested in what made certain spaces comfortable to be in," Pawson tells BBC Culture. As a boy he earned his minimalism spurs, removing nearly every object from his room except for a bed.

"It takes great discipline to reduce until you can't further subtract any more," he has stated. He is far from po-faced in person, however, and recalls how his youngest sister wrote him a letter saying "I've enclosed my membership to the minimalist club" and inside he found a blank white piece of paper. "So I had to take some stick from early on," he says.

Some of his most distinctive work has been for religious establishments. The Abbey of Our Lady of Nový Dvůr in Bohemia in the Czech Republic; the refurbishment of St John-at-Hackney in east London; his optical installation in the geometric staircase in St Paul's Cathedral – all draw on the purity of his vision and the simplicity of his designs. "Though mine is not a hair-shirt existence," he adds. The devout minimalist's muse, his wife Catherine, is a "fantastic lovely person, a very good cook, good mother, good everything actually… But one thing she's not is tidy… If she's away even for an hour I go round after her, get everything straight and put away, and all surfaces clean and empty".

Reflecting on how the movement has been marketed, wrapped and monetised, the spin-off books and decluttering series, he says: "I look in the bookshop at Marie Kondo's book and all the others, and I wonder, 'maybe I could write a book on how not to have anything?'" He concludes: "But in the end, I think 'wouldn't that be one book too many?'"