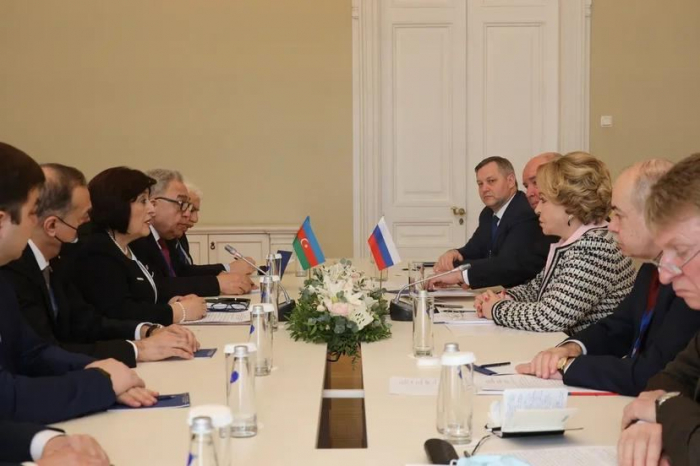 The relations between Russia and Azerbaijan have attained the degree of a strategic alliance and continue progressing dynamically, Chair of the Federation Council of the Federal Assembly of the Russian Federation Valentina Matviyenko said, AzVision.az reports citing the press office of Azerbaijani parliament.

Matviyenko made the statement during the meeting with Chair of the Azerbaijani Milli Majlis (Parliamnt) Sahiba Gafarova who is in St Petersburg.

Matviyenko added, going further to emphasise the special role that the two presidents have played in the continued intensification of the bilateral bonds. She also praised the co-operation between the legislative assemblies of Azerbaijan and Russia, which, she said, were making a considerable contribution to the mutual relations.

The Chair of the Federation Council mentioned the trilateral declaration signed on 10 November last year, which, to her mind, is important for peace in the region. As for the work of the Turkish-Russian Joint Monitoring Centre, it bears well on compiling correct and unbiased information, Mrs Matviyenko added with confidence.

The significance of deepening relations between the region’s states was highlighted during the conversation as well.