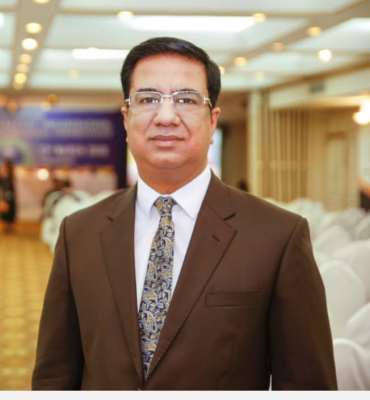 While visiting Azerbaijan for the International Conference on“New Vision for South Caucasus: Post Conflict Development and Cooperation” I had the opportunity to visit the liberated territories of Azerbaijan. On 12th April 2021, at the invitation of the Azerbaijan government, I visited Aghdam city. I witnessed the repercussions of the war on the region by the brutal actions of the Armenian forces.

The conflict between Azerbaijan and its neighbour Armenia over Nagorno-Karabakh and seven adjacent regions continued before its independence from the Soviet Republic in 1991. The territory was disputed even before the creation of the Soviet Union. The brutal Armenian military illegally occupied the Azerbaijani territory. With several disputes and border skirmishes, Azerbaijan had left no stone unturned to liberate its occupied territory from Armenia. Internationally, the Nagorno- Karabakh and its seven adjacent regions were recognized as a part of Azerbaijan. However, Armenia illegally occupied the territory. 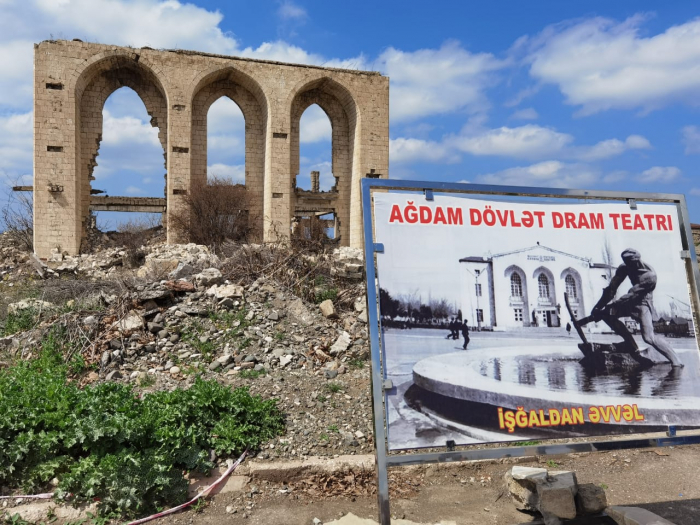 Azerbaijan and Armenia had indulged in clashes over the past three decades. The events of September 2021 changed the whole landscape of the conflict. As the conflict started in the region, Azerbaijan was able to liberate its towns and nearly 300 settlements from the Armenian occupation. The fighting continued for six weeks and Moscow brokered the ceasefire deal that Azerbaijan and Armenia signed. The aftermath of the ceasefire, Azerbaijan came along with a robust agenda of rebuilding the liberated lands.

The Armenian forces had been destroying cities and districts of Azerbaijan since their occupation. There was the destruction of buildings, infrastructures, plundering of natural resources. The religious, historical, and cultural sites were also vandalized. There are more than 2,600 cultural and historical sites and monuments in liberated regions of Azerbaijan in the preliminary estimate. Out of those, 706 of the monuments are included in the State registry. With 11 of those monuments holding world significance, including six architectural and five archaeology items. There are also 240 monuments of national significance, 455 monuments of local importance including, 23 botanical gardens, parks, and monumental statues. Unfortunately, a large number of these sites, monuments, cultural properties, and objects have been vandalized, taken, or demolished by the Armenian forces. 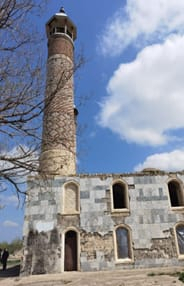 There were also over 40 thousand art objects conserved and collected in 22 museums. 4.6 million books amassed in 927 libraries, 808 clubs, 85 musical schools, two concert halls, eight parks of culture and leisure, four theatres, and art galleries. The brutal Armenian forces destroyed 150 thousand houses, 7000 public buildings that included 855 kindergartens, 693 schools, and 695 medical facilities. They did not spare houses of worship with, 65 out of the total 67 mosques having been razed to the ground and the two others severely damaged. 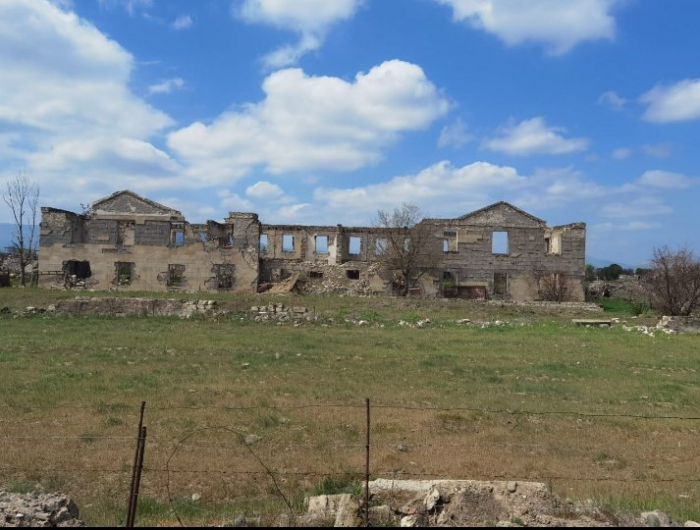 The flora and the fauna-enriched region have been known for their minerals and thermal waters. The district of Istisu of Kalbajar is known to have curing mineral waters that are perceived to be richer than any place in the world. Moreover, the district of Zanglin had been known for its lush and green forests before the Armenian occupation. It was home to the Basitchay State Natural Reserve and the forests of the Kalbajar district that covered 24000 hectares. These all areas have been cut down significantly under the Armenian occupation. This is the material cost of the occupation and war. It does not include the human cost of the region’s people. Since the early 1990s, the occupied region has been littered with mines and unexploded ammunition. It has been referred to as a “ carpet of land mines” by both military experts of Azerbaijan and Armenia. The worse affected areas are near Tartar, Aghdam, and the districts of Fuzuli and Jabrayil. Experts from the Azerbaijan National Agency for Mine Action have estimated that it could take up to 10 years to demine the territory. After all these atrocities, Armenia has refused to provide any map of the land mines. It is a massive task to clear mines and ammunition from the battlefields in and around the Nagorno-Karabakh region. Many civilians and military personnel have been killed or injured due to these mines. Thousands of civilians were displaced from their homes over the years due to illegal occupation.

The Journey to Aghdam city

Explaining the atrocities and damage caused in statistics is nothing compared to seeing in person the actual loss and devastation caused by decades-long conflict. The district of Aghdam is situated in the Northern-Eastern foothills of the Karabakh Mountain Chain. It was occupied on 23 July 1993, till its liberation on 20 November 2020. It was one of the largest districts by population among the occupied districts of Azerbaijan. 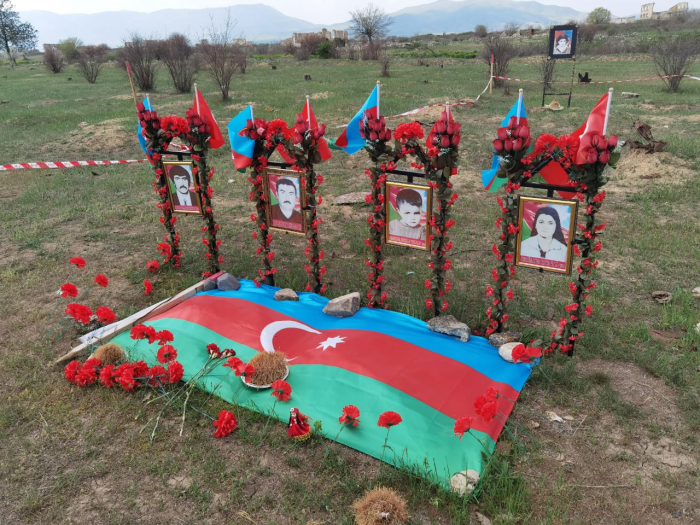 On my visit to the city of Aghdam, I witness the devastation caused by the war. Roads were destroyed, tank trenches dug out and driving around the area was difficult. The land was razed to the ground, and mines scattered all around. We were taken to the Tomb of the Khans of Karabakh, which were abandoned and destroyed. At a closer look, we also saw the desecration of gravesites all over the city and around the tomb. The downtown area of the city was also destroyed, with not a single standing building around. It was hard to imagine that the area was once the cultural hub of the city. As we drove around the city, we saw every part of the city was vandalized or destroyed by the Armenian troops. There were abandoned army posts, trenches dug out by Armenian forces, showing remnants of war. We also visited the areas where land mines had been planted, again restating the atrocities of Armenian forces. Journalists were right in calling this place the ‘Hiroshima of the 21st Century ‘or the ‘Hiroshima of the Caucusas’ because the devastation cannot be denied. 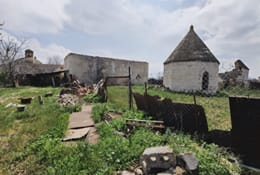 The Aftermath of the War: Prospects and Policies

There is hope and high morale among Azerbaijan’s people that they will rebuild and return to their homes as the conflict is finally over. They have a high spirit to reconstruct and reconcile the area. Azerbaijan is very proud of its secular stance among its population and hopes to continue this with the local Armenian population. Recently, a multi-faith congregation was hosted in the Aghdam city’s mosque with religious leaders of Muslims, Jewish and Christian populations of the nation. This joint prayer exemplified the religious tolerance, coexistence, and inter-religious dialogue and harmony among the people of all faiths in the country. The government has always been keen on promoting multi-religious coexistence to show tolerance, diversity, and moderation. Even with a Muslim majority population, Azerbaijan has worked hard to peacefully coexist with its minority population. The Christian and Jewish populations have also played their part in the restoration of the nation's territorial integrity. They will work towards reconciliation among the populations in the liberated territories. It might be a difficult path, but with determination and faith, there is hope that the Armenian and Azerbaijani populations that once lived side by side in the Nagorno-Karabakh region can once again find ways for peaceful coexistence.

I must commend the visionary leadership of President Ilham Aliyev, who, with a firm resolve guided his country into an exceptional path of prosperity. His tenacity under such a complex situation helped him liberate the occupied territories and restore the original borders of Azerbaijan. It was a pleasure to meet him in person and commend his visionary policies towards this tremendous victory and plans to restore and rehabilitate the liberated territories. He was gracious to personally thank Pakistan for its support of Azerbaijan over the years and during the war. He reiterated Pakistan’s supportive stance for Azerbaijan.

It was an honour to visit Azerbaijan and witness the steps towards peace, stability and building the nation’s resilience. Many of us take peace and freedom for granted, but witnessing the actual situation in the Karabakh region shed light on the fact that peace is a luxury, we must all be grateful. Now, the prospects for peace and a bright future in the Nagorno-Karabakh region are high. Azerbaijan plays a vital geostrategic role in the Caucasus region, and its victory is a clear sign of its significant role in the region’s strategic future.